David Icke has proven his critics wrong and staged aÂ spectacle without glitz by talking for 11 hours on the global conspiracy against mankind.

A sold out Wembley Arena was notÂ disappointedÂ by the lecture given by David Icke and upon his stage entrance the reception was an emotional roar of vindication for his unconventional claims in over 21 years of research.

He even danced a little jig.

Indeed there were those that found the talk a little too lengthy andÂ repetitiveÂ however given the amount of information that Icke was trying to impart repetition was probably necessary in order to fully andÂ properlyÂ convey his message.

If you have ever been to see David Icke or watched any of his plethora of Youtube videos you will know that David can be a bit on the passionate side but last night he was on fire and empowered by the magnitude of the event.

Never before has David held an audience so well.

The usual suspects were identified for their role in humanity's enslavement and there was also much moreÂ elaboration on Icke'sÂ theoriesÂ but there was no groundbreaking new information for those already familiar with Icke's work or immediate change in reality and perception, which so many of his fans were expecting.

It was more of an exercise in gathering people together andÂ galvanizing and validating Icke's workÂ and that was the real power of the day.

Indeed, as the many journalists have pointed out, David Icke may have made a pretty penny from the event through ticket sales, online viewing sales and merchandise but he may also have made a loss.

As someone who has put on and been part of large events in the past with expensive ticket sales, it is surprising how the profits are eaten into by theÂ myriadÂ of expenses along the way outside of the initial cost ofÂ hiringÂ a venue.

'Tis true I found myself ranting about Icke and Alex Jones increasing their own personal material wealth out of attacking the system that provides them with such wealth but who am I to judge the methods andÂ personalÂ finances of such persons who fly in the face of ridicule.

They have probably earned it and one could argue there may be poetic justice in deriving profit from the system by reinvesting said profit with the object of bringing down that very system.

Even if you don't fully agree with Icke, as I most certainly do not, he is still the single most high profile 'conspiracy researcher' in the world and anyone with half a brain can see that this world is being controlled by a small group of very powerful people, be they giant lizards, bankers, Freemasons, Satanists, aliens, vampires or gold fish.

The sooner we get to the bottom of who is behind the more than apparent enslavement ofÂ humanityÂ the better and, if Icke is wrong, then at least he has covered one area of research and belief leaving the door open to finding the truth. 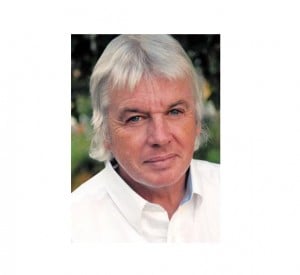 Image by Sharf (Own work) [CC-BY-SA-3.0 (http://creativecommons.org/licenses/by-sa/3.0)], via Wikimedia Commons

The UK Housing Market is not Broken