David Icke will finish his series of lectures and book tour for his latest work, "Human Race Get Off Your Knees: The Lion Sleeps No More", in the Wembley Arena.

October the 27th will see David giving a 9 hour presentation on his findings relating to all things that have been pigeon holed over the years as conspiracy theory.

It has been speculated widely on the internet that David Icke has something up hisÂ sleeve for this event and his website does mention that there will be new and updated information beyond that in the aforementioned Human Race Get Off Your Knees book.

It is more than clear that David Icke has come a long way since that infamous interview with Terry Wogan where he wasÂ ridiculed by the interviewer with the result that his name became a national term for derision.

But it is David Icke who seems to have had the last laugh.

His lectures are no longer confined to a handful of mockers in small village halls, but to thousands of people in theatres and now arenas who have awoken to the idea that something just isn't quite right with the construct of today's global financial and political system system which legitimises systemic corruption.

Icke is no stranger to controversy and many of his claims have turned as many people away as they have attracted, but it is the polarisation of opinion regarding David Icke that makes him one of the most important men alive today.

To write off all of David Icke's research as nonsense with a broad sweeping brush would indeed be folly because he has actually made some startlingly accurate predictions on such matters as the global economic collapse and the 9/11 attacks long before just about anyone could have imagined such scenarios.

It is perfectly reasonable for an individual to not believe his his claims that giantÂ inter-dimensionalÂ lizards rule over or at least have great influence upon our every day life, yet that is pretty much what Christianity has taught us for over 2,000 years, provided of course that you swap the term demon for lizard.

The strangest thing about some of Icke's most outlandish claims is that the public have not all laughed at them.

As I said before you may not buy into the reptilian agenda but you may find some truth in his writings on the banking system and the dangers of the pharmaceuticalÂ industry.

Make noÂ mistakeÂ about this, Icke and his ideas are growing inÂ popularity and hisÂ appearance in Wembley Arena is testimony to this. You cannot ignore his influence.

Some of Icke's sources of information have at times been a little spurious to say the least but no less so than many of the major media outlets and when one reads the level of research that he goes into it would put the most ardent of journalist to shame.

David Icke is aÂ courageous individual who has battled against challenges that most men would have walked away from and toÂ flippantlyÂ ignore a man who has been so accurate on many different issues is probably one of the worst things that the world media can do.

But here is the question on everyone's lips and it is the wrong question, is David Icke right?

The correct question should be, how much of David Icke's claims are correct and not look at his whole body of work asÂ infallibleÂ orÂ ridiculousÂ but rather as thought provoking writings where there is clearly much wheat and chaff to be sorted out.

Let the man have his say. 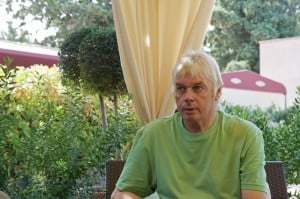 Peer to peer lending will pull savers back from the brink

Does the EU Mortgage Credit Directive spell the end for 'accidental' landlords?