Sorting out clutter, confessing clandestine love, and settling legal affairs have been named as the top ways people in Britain will seek peace of mind on New Year’s Day, research by SagaLegal.co.uk has revealed.

However, whilst almost a third of people understand the importance of a Will in securing your family’s long-term financial future, a surprising 50 per cent thought that clearing out old junk was more important, indicating a tendency to put off bigger jobs with long-term value in favour of completing smaller tasks which pay immediate dividends.

Whilst a third of people believe paying off their mortgage would bring them peace of mind, nearly as many (28 per cent) thought contentment could be achieved simply by paying back money lent by a loved one. Over a quarter said that settling arguments with friends or family would soothe their conscience whilst organising personal effects such as photos was chosen by 36 per cent showing that the British are perhaps, despite the stiff upper lipped stereotype, more focussed on emotional than financial or legal affairs.

Sorting clutter and doing life laundry might be therapeutic, but with almost 9 million UK adults currently living with serious debt, the importance of properly maintained legal and financial affairs cannot be underestimated. Creating a Will is one of the most important things to do in protecting your family’s long-term financial future and failing to do so could have serious repercussions including financial turmoil, legal wrangling and familial fall outs. 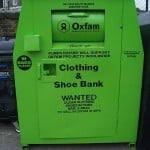 “We’re all familiar with the yearly ritual of making New Year’s Resolutions and breaking them before the month is out. This might not be such a problem if your resolution is to join a gym or learn the clarinet, but failing to deal with debt or to provide for your loved ones once you’re gone is an entirely different matter. De-cluttering your life may offer a temporary sense of satisfaction, but having a correctly drawn up Will is one of the things that will truly put your mind at rest.

“SagaLegal.co.uk is urging consumers to make their New Year’s Resolutions count this January by focussing on the things that are really important. Creating a Will needn’t be expensive or complicated to do. Whilst they do occasionally need updating, unlike going to the gym, Wills don’t have to be revisited three times a week – making this a resolution you have a great chance of keeping”.

National campaign launched to save 30,000 lives