A deaf man has allegedly been called a "F***ing deafie" and had his candy stolen by TSA agents at theÂ LouisvilleÂ airport in Kentucky.

The blogger, who writes under the name 'Tea and Theatre' (site -Â http://teaandtheatre.tumblr.com/post/26846647001 – removed a few hours after the news broke) and was attending a conference for the NAD (NationalÂ AssociationÂ of the Deaf), was told by the TSA federal agents that he could not take the candy, which he had purchased in the airport and was still sealed, with him on the aeroplane and apparently began to eat it in front of him whilst laughing at him.

Later onÂ theÂ group of deaf people who wereÂ congregated at the airport were communicating using sign language only to be told that they were filmed by the TSA and called "dumb apes" by one agent and also told "You’re dumb deafies anyway so no one would believe you”.

From the allegations make by Tea and Theatre it would appear as if the TSA agents were not sufficiently intelligent to realise deaf people are not also blind and have the ability to read lips and are Â able to not just report their side of events but also present it to a wider audience.

But as if things could not get any worse, they did.

ApparentlyÂ when the group arrived back at Rochester, their luggage had been sent to Kansas by United Airlines who left the deaf people with the option of using a telephone to make a complaint, however deaf people of course cannot use conventional phones.

Tea and Theatre then reports that the United Reps told him to purchaseÂ obsoleteÂ hardware in order to communicate and, when it became clear this was not an option, the United Airline rep told him that he was out of options (using far more colourful language though).

Look what happens when you give a bit of power to small-minded thugs. Makes you think of politicians doesn't it? 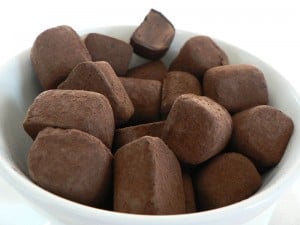 Image by Nieuw from nl [GFDL (http://www.gnu.org/copyleft/fdl.html) or CC-BY-SA-3.0 (http://creativecommons.org/licenses/by-sa/3.0/)], from Wikimedia Commons