Death of the Vending Machine

11% jump in non-store retailer insolvencies as they continue to be overtaken by modern rivals. Vending machines, milkmen, door-to-door salesman among victims of e-retail.

There has been an 11% increase in the number of insolvencies of non-store retailers, from 187 to 209, in the last year.

Moore Stephens says that ‘non-store retailers’* which include the vending machines industry, door-to-door delivery services such as milkmen, and other door-to-sales businesses and mobile shops have all been hit hard.

With the number of insolvencies on the decline amongst shop-based retailers it seems that e-commerce is having an even bigger impact on the non-store retail sector than the high street.

Moore Stephens reveals that insolvencies in traditional non-store retailers have also jumped by 62% compared to five years ago, as ‘non-store’ based retailers have fallen out of fashion and struggled to keep up with their more modern rivals. 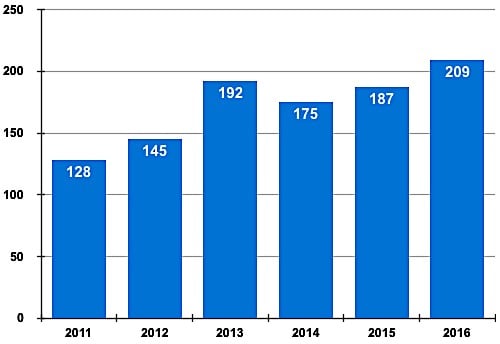 Improved logistics in the e-commerce industry means that using online shopping delivery services, as offered by major supermarkets or online only services like Ocado and Hello Fresh, are increasingly convenient. This has resulted in competing small scale non-store retailers, such as milkmen, or door-to-door fishmongers, becoming increasingly redundant.

Major supermarket delivery services are also now available in previously hard to reach areas and allow customers to access a much larger range of goods. Therefore, the need for other non-store retailers such as mobile shops, has been overtaken.

Moore Stephens says that vending machines have also fallen out of fashion with consumers, with the industry’s overall revenue dropping by a quarter in the last ten years**. Convenience food is now far more widely available at locations where vending machines were traditionally located, such as train stations and hospitals.

“Once popular retail trades such as milkmen are now facing competition like never before.

“Lifestyles have changed to such a degree that a lot of young people would never think to use a retail delivery service that isn’t app-based.

“Even vending machines, which once seemed hi-tech to those of a certain age have been left behind.

5 Car Features That Will Cost You