The Howard League for Penal Reform has responded to the Prisons and Probation Ombudsman’s bulletin, published today (Tuesday 9 June), on the deaths of prisoners who took their own lives while being held in segregation.

The report reveals that the number of prisoners who have taken their own lives in segregation units is at its highest level for almost a decade.

Four case-studies are described in the bulletin. They include the case of a prisoner who was found hanged after he was unable to get a radio or a book.

The Howard League raised concerns about the use of segregation in prisons in February, when it intervened in the Supreme Court case of R (on the application of Bourgass and another) v Secretary of State for Justice. 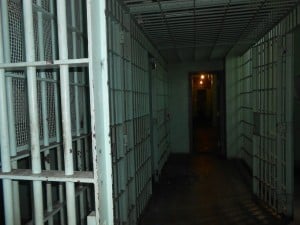 Frances Crook, Chief Executive of the Howard League for Penal Reform, said: “This bulletin raises several important points. It illustrates perfectly why the Howard League provided expert evidence about segregation to the Supreme Court, and a seminal judgment is expected next month.

“The Howard League is concerned by the informal use of solitary confinement, which is rife across the system and is a punishment particularly inflicted on children.

“We have succeeded in securing an investigation by Hounslow Local Safeguarding Children Board into the widespread use of solitary confinement of children in Feltham prison and hope that this will set a precedent to put a stop to the practice across all prisons holding children.”

Economic impact of the Japanese earthquake