• Acquisition processes, no longer compatible with a smaller budget, are "in an impossible mess", say defence experts

• Priorities must shift from large, expensive equipment to flexible research and development that can rapidly meet specific weapons requirements as needed

Read the report, 'Defence Acquisition for the Twenty-first Century', here.

The Ministry of Defence must reduce its reliance on major programmes delivered by a few prime contractors if it is to meet the UK's security needs within the limits of a much tighter budget, defence experts urge in a new book by the cross-party think tank Civitas.

Rather than depending on large and expensive programmes that provide "standing capability", Britain must develop a research and industrial base which is able to respond rapidly to the specific demands presented by different campaigns as they arise. 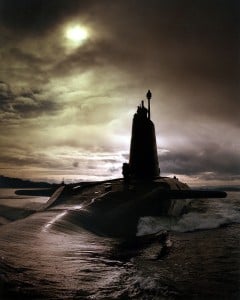 The creation of this "agile capability" requires a shift of resources away from the few leading defence companies and towards the research and development initiatives of small and medium-sized enterprises. The priority should no longer be "capabilities per se but the capacity to generate the capabilities we need when we need them", Jenkin, Donnelly and McOwat say.

"Everyone agrees that we need an agile and flexible military capability, but this cannot be delivered by depending first and foremost on large and expensive equipment," they write.

"Today's defence depends upon a strong and agile knowledge and expertise base, which is able to respond in times of crisis and at times when the UK's national interest requires it.

"A state spending only two per cent of its GDP on defence cannot have the 'robust' defence structure of previous decades. It must build a force for every campaign in a different way appropriate to that campaign."

Defence acquisition in an "impossible mess"

The authors warn that there is little understanding in government or the defence industry of the of the strategic changes necessary in the new environment.

"Moving to an adaptable force structure in the coming years necessitates a revolution in our thinking and approach to defence acquisition. Unfortunately, there is little real understanding of this as a practical reality in parliament, government, our defence establishment or our industry."

Defence acquisition is in an "impossible mess" because it is incompatible with the slimmed down defence budget, while the failure of politicians to adapt their expectations within the limits of the reduced defence budget is "positively dangerous".

"We either have to spend more, or do things differently, or give up the idea of getting involved in any campaigns that rely on sustained diplomatic effort or military deterrence, let alone on the ability to deliver force," they write.

"The politicians still behave as though the UK has the same power as ten or twenty years ago, but that is an illusion, which is positively dangerous."

Present "aspirations and high-minded objectives are out of sync with the actual defence capabilities we have", they say.

"It is dishonest to claim that we can rely on a technological advantage over competitors or potential adversaries. This is to ignore reality."

The Ministry of Defence should "evolve away from the idea of big defence equipment programmes, dependent upon the very few defence prime contractors" and step up research and development funding for small and medium sized enterprises.

This will require a flexible funding arrangement with the Treasury so that funding can be better targeted at the most valuable research developments as and when they emerge.

"The key shift which we must make if we are to generate agile capability is to determine how, and how much, to divert defence spending to support agile funding for the security needs of the country on timescales which match the relevant business, development and research cycles," they write.

"This cannot be on an annual basis. The MoD must be enabled to spend money when it needs to do so and to save it when it can, with the reassurance that the money saved will be available when needed."

The authors write: "The uncertainty in the world demands that our security be provided by a community that is agile, adaptable and able to be restructured quickly as circumstances require. This includes our acquisition system."

Traders pause for breath as Euro finds a few buyers