The most predictable thing about last week’s Budget was how little it mattered. For all the talk of the granny tax and the cut to the 50p rate – and even the wonderful statistical fudge on the Post Office’s pension deficit – in macroeconomic terms George Osborne once again sat on his hands. Hemmed in by his own political commitment not to do anything, he once again reminded me of Gordon Brown, tinkering around the edges of government spending and taxation without really making a difference. The Office for Budget Responsibility’s official verdict was that the Budget was neutral – policy measures will only shift future deficits by 0.1% of GDP in future years, and even then sometimes up and sometimes down.

George Osborne is sticking to his plan. Having staked so much on the need to eliminate the structural deficit in this parliament, any and all talk of a ‘Plan B’ (or even the CBI’s wonderfully mis-named ‘Plan A+’) has been dismissed. His political calculation is that he has to be seen to hold the course. In reality, Osborne is not quite daft enough to completely pre-commit future fiscal policy, regardless of how things turn out – last November he decided not to eliminate the structural deficit completely, because things had turned out worse than he thought. But he was hardly going to trumpet the fact that he was already moving a little towards a Plan B in doing so.

The comparisons with the debate in America are notable. There, both Democrats and Republicans recognise the need to cut their deficit (as do the Government and Labour in the UK). But the academic community, as in the UK, is divided over the right means and timing of doing so. Some economists think governments should spend more to spur growth and kick-start the economy. Others cite Greece as a clear warning should markets turn against them.

The truth is that all economists know that deficits can support activity, but do eventually need to be closed. The balance between these short- and long-run effects can be hard to gauge. There are two key judgements that need to be made: first, the extent to which government spending or programmes can boost growth and limit long-term unemployment; and second, the extent to which deficits raise borrowing costs.

The latter of these is pretty obvious – if we borrow more money, the price we pay for it will probably rise. The higher price partly reflects a greater risk that, as our stock of debt increases, we may not be able to pay everybody back. What we have seen with Greece, Portugal and others is investors being unwilling to lend to those countries at almost any price, for fear that they won’t get repaid.

The former is harder to gauge. Fundamentally, the government cannot drive growth over the long-term – sooner or later it will run out of money. But we also know that long periods of unemployment permanently damage workers’ earnings and potential output. Persistent joblessness would deepen the economic scars from the financial crisis. So, if governments can ensure workers get into even low-paid jobs for some period of time while the private sector recovers, that will boost GDP over the long term.

Where does this balance lie for us right now? Unlike the euro area periphery, UK borrowing costs are close to record lows at the moment – it costs the Government 2.3% a year to borrow for ten years. While the Bank of England has helped, that suggests that investors are still very willing to trust the Government with their money. Given the size and institutional strength of the UK economy, we are highly unlikely to see investors suddenly take fright. The Government probably could borrow more – say 5% of GDP over the rest of this parliament – without 10Y yields heading much above 3%. 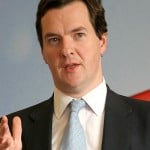 At the same time, long-term unemployment, particularly among the young, is a genuine concern. The Government’s attempts to get young people working for large employers ran into trouble a few weeks back – and, as yet, there is no credible plan for making a sizeable dent in joblessness. It is perfectly possible, as a new paper by Larry Summers (a former US Treasury secretary) and his colleague Brad Delong suggests, that further stimulus could be best for the economy over the longer term.

Although their conclusions should not be taken as gospel – Summers, like many US academics, is much more politicised than most of his British brethren – there is space for a genuine debate about the role and efficacy of fiscal policy right now. Unfortunately, we are unlikely to get that debate. As long as politicians like Osborne refuse to move beyond their simplistic mantras, we have effectively given up on fiscal policy.

The real risk is that, in being too scared to genuinely lead, this Government only ends up amplifying the damage caused by the previous bunch.

The window cleaner writes to the PM