In the wake of attending the London Transport Accessibility show at London’s ExCel Exhibition Centre on 2 October, Ted Hill MBE, CEO of The British Polio Fellowship welcomed Transport for London (TfL) plans to invest £75 million in improving disabled access at their stations but called for more to be done nationally to tackle the ongoing problems surrounding transport and access for the disabled throughout the UK.

“Unbelievably the disabled still face a staggering array of accessibility issues when using public transport and accessing buildings and facilities and that should not be the case,” said Ted Hill. “TfL’s plans to invest £75 million in disabled access plus a commitment to work in greater partnership with local councils and developers to achieve this are very welcome. But it is actions, not words that will ultimately make the difference and those who champion disabled rights will look forward to them delivering on their promises.”

Ted attended the Access All Areas event at London’s Excel Centre due to The British Polio Fellowship’s increasing concerns about the accessibility issues faced by Britain’s Polio and Post Polio Syndrome (PPS) community. Government statistics show that more than 2million people with disabilities have reported difficulties related to their impairment or disability in accessing transport and that, according to Ted, needs to change. 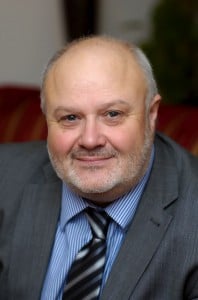 “We live in a nation that arguably puts more emphasis on diversity and equal opportunities than any in the world and yet disabled access remains a problem,” added Ted. “I was interested to hear TfL plans to have 53% of all tube stations stair free by 2024, but clearly there is a long way to go. London is just one city, but getting it right in the capital will hopefully serve as a catalyst to drive change throughout the country as a whole.”

There are 120,000 people living with PPS in Britain and many of them already have to cope with severely wasted limbs and partial paralysis as a result of Polio and for them, the need to improve disabled access is pressing.

“It is believed that 80% of Polio survivors will develop PPS in later life,” explained Ted. “Movement is already very painful for many living with Polio and PPS makes it even harder. It is essential those living with Polio and PPS are able to live their lives to the full. The modern world can be restrictive enough and public transport is one area where change can make a profound difference to people’s lives.”

In August, Ted commented on recent research showing that nearly two thirds of the country’s top 100 visitor attractions are not fully accessible to wheelchair users, adding his voice to calls for change. There are over 11 million people in the UK with a limiting long term illness, impairment or disability and the majority of these are of the type that affects mobility. That’s potentially a sixth of the population that can’t access attractions, or the transport to reach them. Many members of The British Polio Fellowship fall into this category and its time for the UK as a whole to make itself more inclusive and accessible for all.

The British Polio Fellowship is a charity dedicated to helping, supporting and empowering those in the UK living with the effects of Polio and PPS. Post Polio Syndrome (PPS) is a neurological condition which can occur in up to 80 per cent of those who have had Polio. It is thought that around 120,000 people in the UK are living with the effects of Polio or PPS today. For more details or information on The British Polio Fellowship, call us on 0800 018 0586, email at info@britishpolio.org.uk or visit the website at www.britishpolio.org.uk.

UK Inflation Stable and Remains Below May Peak