The Beast of Bolsover, Dennis Skinner MP, is 6/4 with Betway to lose his favourite seat on rebels’ bench in the Commons.

Facing a sustained campaign from the Scottish National Party to snare more visible seats in the Commons, Skinner was nearly pushed out of a seat he has sat in since the early 1980s for the election of the Speaker earlier in the week.

As crisis talks between Labour and the SNP to resolve the row are underway, Skinner is 1/2 with the online bookmaker to be in his long time seat for the State Opening of Parliament next Wednesday.

“What started as an admirable desire to put their stamp on proceedings, the childish seat taking is beginning to resemble the morning mad dash for sun loungers at a holiday resort. 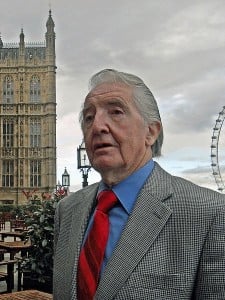 “Skinner will not be moved from his seat easily, but as the SNP are buoyant with new members and power in the Commons, Labour may be forced to concede.”

Will Dennis Skinner be sitting in his traditional seat on rebels’ bench in the Commons for the State Opening of Parliament on 27, May 2015?