The Prudential Regulation Authority (PRA) has announced new rules to ensure depositors who may experience a decrease in the level of protection following the change to the Financial Services Compensation Scheme (FSCS) deposit protection limit are given the opportunity to adjust to the new limit, without incurring any penalty or loss of interest. As announced on 3 July, the existing level of deposit protection (£85,000) will change to £75,000 after 31 December 2015.

For those depositors who were previously (and continue to be) protected by the FSCS and who are contractually tied into products with balances above £75,000 (either currently or at product maturity) will be able to request to withdraw funds between the old and new limits without penalty, charge or loss of interest. Depositors will be able to request withdrawals until 31 December 2015. Firms are not required to action requests until 1 October 2015 but will need to return funds to depositors within two months of the request or by 31 January 2016 – whichever is the earlier date. Firms cannot require depositors to close an entire account unless the funds are placed into a new product with similar terms. 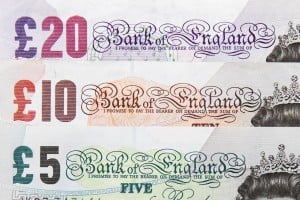 The rules also clarify that depositors should not lose interest accrued at the time of withdrawal, on the amount withdrawn or the remaining amount. Going forward, depositors should not lose interest on remaining funds solely as a result of managing to the limit except when the amount of the remaining deposit would put the deposit into a lower tier of interest rates under the original terms of the product.

Depositors will be permitted to withdraw the excess above the new protection limit that might reasonably accrue when taking into account the accumulation of interest over the term of the product. This means the amount withdrawn can be calculated with reference to the estimated value at maturity subject to a maximum of £10,000.

Where depositors have multiple accounts at the same firm, the firm (rather than the depositor) will decide from which account(s) the withdrawn amounts will be taken. Firms will not be able to require the withdrawal from a transactional account without the consent of the depositor.