“Shocking and outrageous,” is how the boss of one of the world’s largest independent financial advisory organisations describes plans being considered by the government for people to pay inheritance tax (IHT) whilst they are still alive.

Nigel Green, the founder and chief executive of deVere Group, is speaking out after proposals have been put out for consultation which would allow HM Revenue & Customs to impose “accelerated payment” laws on individuals who are believed to be minimising their IHT liabilities through tax avoidance schemes.

“Under the plans, people would be made to pay their inheritance tax upfront, whilst the courts and HMRC rule on the case.  It’s shocking that people could be branded by the tax authority as guilty until proven innocent.  I suspect that the vast majority of taxpayers will be alarmed by this.

“Payment should only be made once any wrongdoing has been proven.  I suggest that architects of this proposal need to revert back to the drawing board.

“The distinct issues of tax avoidance and tax evasion are all-too-often, and increasingly, blurred.  Tax avoidance is clearly legal and can form a sensible part of a robust tax planning strategy, whereas tax evasion is wholly illegal and therefore a criminal offence.

“A major worry here about this outrageous proposal is that those who are taking perfectly legal, and indeed sensible, measures in order to mitigate their IHT burden will be unintentionally yet adversely affected should this come into effect. 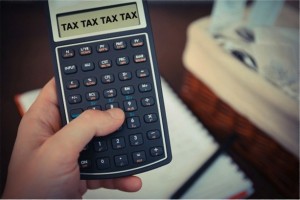 He continues: “I would be surprised if this proposal received considerable political or public support as IHT is widely viewed as one of the most unpopular of all taxes amongst the electorate.

“This is because it is, in essence, a form of double taxation as tax is being paid on assets which have already been paid for and previously taxed; also because it reduces the legacy that can be left to loved ones.  Not unreasonably, most people would prefer to leave their legacy to their heirs than to the tax authority.”

In May, a deVere Group poll revealed that reducing inheritance tax liabilities is now the number one long-term financial priority of nearly half of those with UK homes.

48 per cent of surveyed clients with property in Britain prioritised inheritance tax planning over retirement and education planning.

Of those findings, Mr Green said: “Soaring house prices have been good news for many homeowners, but the flipside of this is that many more will be liable for inheritance tax.  It is now inaccurate to assume that IHT is only paid by the super rich, as it was originally intended.

“As over time millions more will be pulled into the IHT trap, it is to be expected that an increasing number of people with homes in Britain – and particularly owners of homes in London and the south east of England where prices are rising fastest – are prioritising mitigating the inheritance tax burden.”

ECB And The People's Bank Of China Currency Swap Agreement