Devolution proposals must be fair to both sides of the border

The proposals for devolution of powers, as set out by the Smith Commission, must be carefully evaluated and only be introduced if they are fair to both Scotland and the rest of the UK, ACCA (the Association of Chartered Certified Accountants) has warned today.

The proposals for the devolution of fiscal powers including income tax are supported by the three main Westminster parties, however, the options set out by the Smith Commission must not be seen as a menu where politicians can just pick and choose the ones they like best.

The impact of all the powers should be evaluated against the impact on the whole of the UK not just Scotland.

“It’s clear we are entering a new era of politics, not just in Scotland but in the UK as a whole. The closeness of the referendum vote made it clear to Westminster that the momentum for further devolution continues to build, and the Smith Commission proposals are the next step in delivering this. My concern is that politicians will choose the proposals they like or are easiest to implement rather than looking at the package as a whole and how the individual parts affect both Scotland and the rest of the UK. 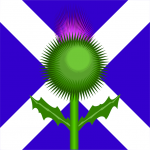 “The proposal for the full devolution of income tax is likely be of interest to most people, and with support from both Westminster and Holyrood looks likely to happen. I would caution against setting a timetable too quickly on this however; both HMRC and Revenue Scotland need to be given as much time as they need to put the processes in place, rather than it being rushed through to meet public expectation of change sooner rather than later."

“The advantages of devolving income tax are that it creates a clear responsibility for spending and will give a greater perceived link between taxation and representation. The disadvantages are that if the Scottish government vary the tax rates it risks complicating the pan-UK tax system. Any stimulus powers may work for the Scottish economy but at the expense of English regions, who are by far the largest trading partner for Scottish businesses. A reduction in rates to try and attract jobs might increase consumer spending but as VAT cannot be devolved the revenue won’t feed through – so dropping income tax will not have a medium term benefit on the Scottish exchequer. We live in an economy that has been interlinked for centuries and politicians on both sides of the borders must remember that history when making devolution decisions.

“Any changes to devolved taxes should be considered in the light of the Scottish and UK economic landscape and not just a knee jerk political reaction trying to show that Scotland can set its own tax rates and structure. Clarity of purpose and the need for change rather than change for change’s sake need to be the guiding principle.”