Did you think illegal drugs cost the USA this much?

The Economics of drug abuse

Did you know that about $100 billion is spent every year on the purchase of illicit drugs in the US? Or that there are currently some 22.5 million drug abusers in the country?

This eventually costs the US economy in the region of $200 billion a year.

The following infographic from 12keysrehab.com lays out the figures:

The infographic is no longer available. 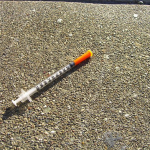 These funds end up in the criminal justice system, labor participation programs, incarceration expenses and even hospital and emergency department visits.

So how much is $300 billion? It's enough money to give every single person in the United States $950! The money could also be used to pay the entirety of 3 million students' college tuitions, or to purchase Google – the world's largest media company.

Most importantly, according to the United Nations, $30 billion per year is enough to end world hunger. The $300 billion spent per year in the United States on drug abuse is enough money to end world hunger for 10 years. And for every American drug abuser, that's $13,333 that could be used instead to feed the poor and underprivileged. Since the average American family of four spends $751 per month on groceries, that's enough money to feed them for almost a year and a half!

"Don't just do something, stand there"… (and think)