The United States Department of Justice issued an indictment charging Vietnamese national Hieu Minh Ngo with 15 counts in November, including wire fraud and aggravated identity theft. He plead guilty this month to several counts, but not before it was revealed that the 24-year-old was able to purchase the personal financial data of 200 million Americans from an Experian subsidiary, according to CNET. Ngo, through his vast ID theft scheme, made nearly $2 million from 2007 to 2013 from more than 1,300 customers who purchased data from him.

Nearly 17 million Americans, or 7 percent of everyone aged 16 and up, were victims of some type of identity theft in 2012, according to a study released by the Bureau of Justice Statistics in December. A vast majority of those incidents involved thieves using already existing credit card or bank account information.

Obtaining the services offered by a data security company such as Lifelock is almost a necessity in today's world of web-based transactions and international commerce. Schemes are becoming so vast and commonplace, that a few extra steps are necessary to guarantee the safety of your personal information.

Consumers will generally only hear about data breaches that happen to larger firms. But the number of incidents continues to skyrocket. The Identity Theft Resource Center recorded 619 data breaches at American businesses for 2013—a 30 percent increase from 2012.

The State of Washington's Administrative Office Of The Courts reported in May that hackers made off with 160,000 social security numbers and over one million driver's license numbers. Schnucks, a supermarket chain based in St. Louis, reported last April that hackers obtained two million credit card numbers and expiration dates. In both cases, all the spokespersons could do was apologize.

Consumers simply cannot rely on the companies they do business with to keep their data safe. The responsibility lies with you.

Steps You Can Take 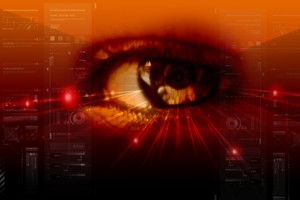 One of the simplest ways to protect your financial data is to utilize a post office box as opposed to your home address. This instantly removes the possibility of thieves stealing your mail and obtaining credit cards or other information that way. This also removes your physical address from all financial records, lowering the possibility of you being targeted based on your income or neighborhood you live in.

Phishing scams, where thieves trick you into volunteering your personal information, actually dropped in frequency from Q4 2012 to Q1 2013, according to the Anti-Phishing Work Group. But these types of scams are especially common during tax season and are easy to fall victim to if you don't know what to look for.

Never click on a URL contained in an email that looks like the address for a reputable company. Type the URL in your browser or search for it online and click there. Always make sure when giving personal information online, the web address starts with "https," indicating a secure connection.

Identity theft crimes are easier than ever for criminals to perpetrate because of the electronic nature of global commerce. A few adjustments in how you conduct business can go a long way in keeping your information safe and secure.