Disaster Warning Systems can Save Millions of Lives

· On the ninth anniversary of the Boxing Day Tsunami, technologies are now available that can save millions of lives in the event of a natural disaster

· Mobile phones can be used to supply early warning messages advising the size, scale and expected time of any major threat, as well as how to stay safe

· Western tourists and business people could also be protected

Nine years after the 2004 Boxing Day Tsunami, the deadliest natural disaster in recorded history, a new technological advance is now available, that provides early warning of natural disasters, which could save millions of lives in at risk regions.

Mobile phones can now be used to alert millions of people to impending perils such as tsunamis, typhoons and earthquakes.

Regrettably, few governments in the Indian Ocean region, a high risk area for natural disasters, have invested in the life-saving potential of cheap and simple warning systems that could have prevented the 230,000 death toll from the 2004 Boxing Day Tsunami.

The technology is available to citizens where their government has adopted the RegPoint technology, however there is a potential for Western tourists to access the information while on holiday. As many as 7,000 tourists, mostly from Europe, lost their lives in the 2004 tsunami without any warning.

The 2004 tsunami was the single worst in history and claimed the lives of over 130,000 in Indonesia, and tens of thousands in Sri Lanka and India. There were reported deaths in 11 other countries as well as nearly two million people displaced.

The only means of communicating the news of the impending onslaught at the time was through World War Two style sirens.

The new award winning disaster early-warning service technology now available has been developed by RegPoint together with the Indian National Centre for Ocean Information Services (INCOIS).

The service has the ability to send SMS messages immediately to all mobile phones in a designated locality, pinpointing precise warnings, guidance or other information to a specific geographical region before a disaster strikes. 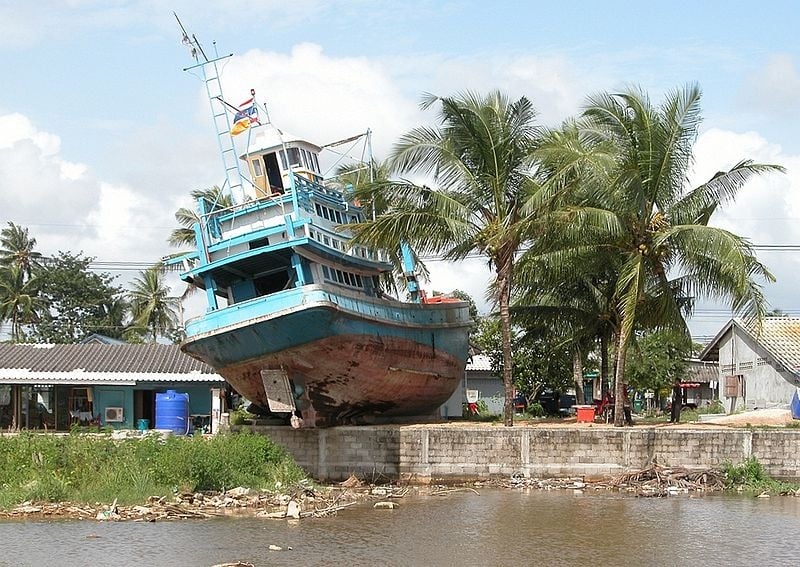 It can provide citizens, with accurate and rapid information on the size, scale and expected time of the disaster, as well as with advice on how best to secure their safety.

After the tsunami struck in 2004, although internet connection was lost in most affected areas, there was still ability to send an SMS text message which means that a disaster warning system can be extremely effective after such a catastrophe in communicating with those in the region.

Sophia Salenius, Founder and Managing Director of RegPoint has urged world leaders to follow the example of the Indian Government and adopt the new technology to save lives.

“The 2004 Indian Ocean Tsunami was the worst natural disaster the world has seen. Nine years ago, early warning systems were not available which left hundreds of thousands of people dangerously exposed.”

“I hope that we never experience the scale of devastation and destruction experienced in 2004 again. We must not be blind sighted about the threat of natural disasters and must use all of the tools available to minimize the impact of any future threats. Early warning systems now exist that can significantly increase survival rates if a natural disaster does hit.”

“It is the responsibility of governments to protect citizens from the worst impact of natural disasters. These systems are available and can save millions of lives. We must act now.”

The Indian Government is one of the few in the region to have implemented an early warning system. The Indian National Center for Ocean Information Services (INCOIS) has recognised how an effective early-warning system can save millions of lives.

“RegPoint's tsunami warning solution product is a really great innovation, which can be of significant use in the most disaster prone countries of world.”