If you’ve seen enough beaches and enough crowded swimming pools in hotels full of screaming children, you’re probably looking for something a little more laid back and quieter for your next holiday destination. For those who are looking for the truly chilled out alternative, the vineyards and appellations (designated wine-making areas) of France are calling.

Whether you’re a connoisseur or an amateur when it comes to wine, don’t let snobbery put you off going on a vineyard tour. The French know that visitors are eager to learn and are therefore very accommodating to wine enthusiasts of all pedigree. Have a browse through cheap flights and book a ticket through Monarch as soon as you can. 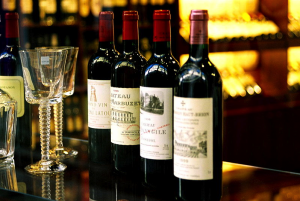 Bordeaux was designated as a UNESCO World Heritage Site in 2007. It’s simply a stunning place to visit. After you’ve got an eyeful of the riverfront, the 18th-century palaces and the chateaux, it’ll be time to decide which of the five wine routes you’re going to embark on.

The Chateaux Road will take you through the Medoc region. The Graves Road will take you through the Sauternes appellation. Bordeaux wines are made from a variety of different grapes: Merlot, Malbec, Cabernet Sauvignon and Cabernet Franc, just to name a few. You can either book a wine tour, or if you’re feeling adventurous, head out to the countryside by yourself to explore.

Burgundy boasts a winemaking tradition that’s over 1,000 years old. While it doesn’t have the same variety of grapes as Bordeaux does, its tradition has focused on Pinot Noir reds as well as white wines from Chardonnay grapes.

It’s a much smaller region than the surrounding ones, but the diversity of its terroirs are unmatched. Like Bordeaux, it also has 5 different wine routes to choose from. If time is of the essence, pick the Route des Grands Crus, which will take you to Santenay. Travelling by hot air balloon is highly recommended!

Alsace’s character is particularly unique, given its shared German and French history, and the cuisine, architecture and culture are all influenced by both traditions. The vineyards sprawl all over the countryside, with grapes that make some of France’s most unique white wines.

The Alsatian Wine Route will take you through Riquewihr, Hunawihr and Egusheim, the most popular wine stops. Travelling by bicycle is seen as the best way of getting the most out of the region.

So start making a solid plan for a week of sun and endless vino; Monarch will get you there, and then it’s up to you to create the fun.

Everything you need to know about starting a blog

COYS to auction over 90 motorcycles at Blenheim Palace