Diverse City workers get "audacious" with the Lord Mayor

The AudaCITY – Talent Rising conference was held at Guildhall on July 7th as a key part of the Lord Mayor's Diversity and Inclusion programme.

Lord Mayor, Fiona Woolf CBE, is only the second female Lord Mayor in nearly a thousand years of City history and she has chosen as her theme "The energy to transform lives".  At AudaCITY – Talent Rising, over 150 attendees met and debated the barriers which stop women, ethnic minorities, LGBT and physically disabled employees from attaining their full potential.

Chaired by the BBC's Evan Davis, the conference split into two halves – a Fishbowl and a Hackathon. 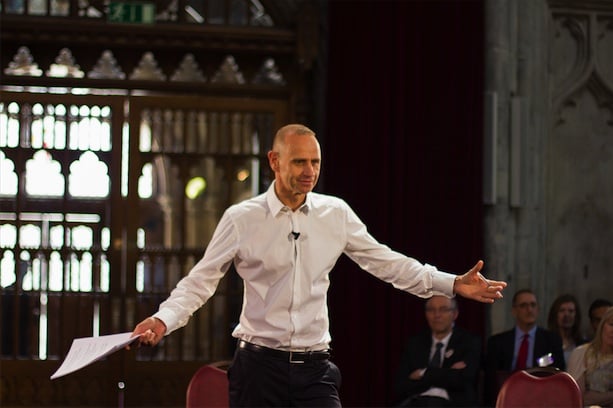 The Fishbowl provided delegates with the opportunity to network and debate with some of the City's most powerful role models:

• Paralympian and ex-FSA head of Corporate Responsibility, Claire Harvey; and

The spirited debate examined issues as far ranging as the imposition of quotas to the naming and shaming of organisations with a poor record for inclusion and diversity. 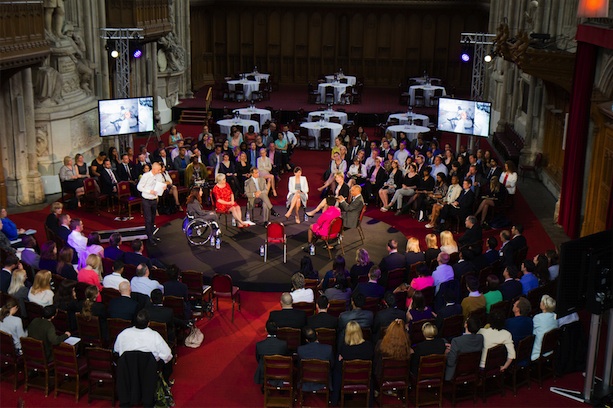 Then, using leading edge techniques including a tech-centred Hackathon, attendees developed a Talent Rising Manifesto to present to the Lord Mayor for her use in driving change in the City.

"This approach marks a radical change from the City's usual approach to topics like this.  I believe that this is the first time in history that the City has seen a gathering of Affinity Groups across the diversity spectrum. The creation of an Affinity Group of Affinity Groups represents one of the high spots of my Mayoralty.  The energy displayed and the willingness to think audaciously promises well for the Talent Rising Manifesto."

"The City of London is one of the most vibrant places in the 21st century, but it becomes progressively 19th century the higher up its constituent organisations you care to look.  AudaCity – Talent Rising gave an opportunity for the talented individual contributors and middle managers to explore the common issues which impede their contribution to the common wealth. And we raised over £200,000 in cash and in-kind donations for the Lord Mayor's Appeal! Further proof of the power of diverse talent!"

Glen Parva: "Land of Lord of the Flies"

Petrol expected to hit Â£5 a gallon by Christmas