Following several years of a steady decline in the divorce rate, the marked increase for the first time in seven years has sparked fears that concerns over finances has led to the breakdown of many marriages and families.

The rise marks an end to a long downward trend in divorces. Rates peaked in the 1980s, but have steadily fallen since then.

The recession has been noted as a possible contributing factor, which could leave a negative impact for many years to come.

Liz McLaren, ONS statistician, said: “It is a trend we've seen from previous recessions – but with two-year separations you don't see the impact immediately.”

A spokesman said: "It's no surprise that the divorce rate is rising given the pressures that couples and families are under. We are seeing more people than ever coming to Relate because of money worries."

Following the 1990-1992 recession, divorce rates also rose in 1993, which points to a likelihood of there being a delayed impact after a recession has hit. This delay can be attributed to a period of separation before a decree absolute is granted.

It’s not only the financial disputes and strain that have been a cause of break-ups in marriage, as one theory is that some individuals may believe that divorce will land them with a favourable settlement if their income is low and they are married to a high-earner.

The trend in divorce has also hit the over 60s age group, as they emerge as the only group with a steadily increasing divorce rate in recent years.

It’s believed that it’s occurred as a result of couples finding little in common after their children leave home. It’s often thought that, as couples see off their children from the family roost, they start to take up many new hobbies and interests they wish to pursue, and by doing so, come to realise that they have little in common.

More divorces are granted to women than men by a factor of almost two to one: 79,124 divorces were granted to women last year, in comparison to the 40,301 granted to men. The main contributing factor cited is behaviour, followed by voluntary separation of two years and then adultery. 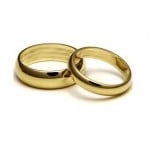 If you find yourself involved in divorce proceedings, then it’s important to choose your divorce solicitors [1] with care. Not all lawyers are experts or highly experienced in family law, so it’s imperative that you find one who is. And it’s also vital that you find a lawyer you are comfortable with, given the personal nature of what will be discussed.

Ensure that you research thoroughly online to compare divorce costs, and do your research on forums to find out if anyone out there had particularly good or bad representation.

5 recipe ideas for al fresco dining in the sun