A spot of DIY or gardening can cut the risk of a heart attack/stroke and prolong life by as much as 30 per cent among the 60+ age group, indicates research published online in the British Journal of Sports Medicine.

These routine activities are as good as exercise, which is ideal for older people who don’t often do that much formal exercise, say the researchers.

They base their findings on almost 4,000 sixty year olds in Stockholm, Sweden, whose cardiovascular health was tracked for around 12.5 years.

At the start of the study, participants took part in a health check, which included information on lifestyle, such as diet, smoking, and alcohol intake, and how physically active they were.

They were asked how often they had included a range of daily life activities, such as gardening, DIY, car maintenance and blackberry picking over the previous 12 months, as well as whether they had taken any formal exercise.

Their cardiovascular health was assessed by means of lab tests and physical examinations, to check on blood fats, blood sugars, and blood clotting factor, high levels of which are linked to a raised heart attack and stroke risk.

At the start of the study, those who had a generally active daily life had a much lower risk profile for cardiovascular problems, irrespective of how much formal exercise they took, than those with low levels of daily activity.

The same was true of those who did a lot of formal exercise, but who weren’t routinely physically active very often. Those who exercised regularly and were also often physically active had the lowest risk profile of all.

During the 12.5 year monitoring period, 476 of the participants had their first heart attack and 383 died from various causes.

The highest level of daily physical activity was associated with a 27% lower risk of a heart attack or stroke and a 30% reduced risk of death from all causes, compared with the lowest level, irrespective of how much regular formal exercise was taken in addition. 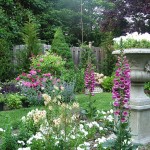 “Our findings are particularly important for older adults, because individuals in this age group tend, compared to other age groups, to spend a relatively greater proportion of their active day performing [routine activities] as they often find it difficult to achieve recommended exercise intensity levels,” say the authors.

They suggest that the biological explanations for their findings might lie in energy expenditure: prolonged sitting drives down metabolic rate to the bare minimum, while standing up and physical activity increase it.

Muscular contractions may also provide some clues. Sitting down doesn’t require any muscle effort, which can disrupt the skeletal muscle’s normal hormone production, with potential adverse effects on other body organs and tissues.