Do the Benefits of College Still Outweigh the Costs?

Despite rising tuition and falling wages for college graduates over the past several years, a college degree still tends to be a sound investment, according to a new Federal Reserve Bank of New York study.

In "Do the Benefits of College Still Outweigh the Costs?" economists Jaison R. Abel and Richard Deitz examine the economic costs, benefits, and return to an associate's degree and a bachelor's degree. The authors show that even with increased tuition and reduced wages, the return to both degrees has held at about 15 percent for more than a decade. The return has remained high because the wages of those without a college degree have also been falling, keeping the college wage premium near an all-time high while lowering the opportunity cost of going to school. 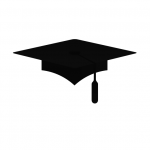 The authors also show that the return to a bachelor's degree varies with students' areas of specialization. Students whose majors provide technical training, such as engineering or math and computers, earn the highest returns—21 and 18 percent, respectively. By contrast, those majoring in the liberal arts or leisure and hospitality tend to have below-average returns. Nonetheless, every major earned a return of more than 9 percent—a figure that easily passes the threshold of a sound investment—underscoring the value of earning a college degree. Further, the authors find that these results generally hold true even for those who are chronically underemployed.

Jaison R. Abel is a senior economist in the Research and Statistics Group. Richard Deitz is an assistant vice president in the Group. Their study can be read in full in the latest Current Issues in Economics and Finance.