Today saw the publication of Interim Report by the Independent Commission on Banking (ICB). The ICB was set up by the Coalition Government to look at reforms to boost financial stability and competition in the banking sector. The Interim Report is supposed to give people a chance to re-engage with the consultation process, before a Final Report is published in the autumn.

In the end, the ICB seems to have opted for an elegant compromise, but one that should improve the stability of the sector. Its big idea is to ring-fence the retailing operations of universal banks, and impose a larger capital requirement than for wholesale/investment (or casino) banking. That capital ratio should be set at a 10% equity baseline for retail operations, with the internationally-agreed 7% of common equity deemed sufficient for other institutions. The ICB also thinks Lloyds should sell off more assets, and these should be sold to a genuinely new competitor, but it is the financial structure of bank balance sheets that will garner most attention.

Ostensibly, the ICB opted for ring-fencing of retail operations, rather than outright separation, on the basis that if the retail arm of a so-called universal bank got into trouble, then the investment banking arm might be able to bail it out. At the same time, universal banks would be prevented from shifting too much capital into their casinos by the higher capital limit for retail operations. And, importantly, the ring-fenced retail approach would apply irrespective of where any universal bank's global headquarters are – so if Barclays did decide to do a runner, it would still be caught by these rules (as long as it didn't sell off all its branches). 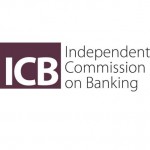 This approach demonstrates that the ICB has spent some time wrestling with the issues here. My reading of the report is that it could yet be convinced of the case for full separation between retail and casino – but, provided in particular that the regulator gets its act together, that may be unnecessary. If UK retail operations genuinely have to stock up 10% of equity capital, and suffer more intrusive inspection of their balance sheets from regulators to make sure they are not doing something dodgy on the side, then in practice that would not be a million miles away from full separation anyway. Furthermore, it is worth remembering that, even with full separation, the risk of another systemic banking crisis will not disappear altogether – Lehman Brothers wasn't a retail bank. However, in the event that RBS overpays for another investment bank somewhere in the world, its retail depositors (and taxpayers more generally) should not be on the hook.

There are other reforms that would be useful as well, of course – the report mentions clearing houses for OTC derivatives, and greater clarity on financial interlinkages would be beneficial. But, as far as it goes, the ICB report looks like a sensible approach – and certainly not as draconian as some of the bank bashers would like to see.

None of this will stop the banks complaining, of course. I expect to see various chief execs and Angela Knight making all the usual noises about how painful all this will be. But, in truth, it won't be that painful. Yes, funding costs for the casino part of universal banks' operations will rise – indeed, the whole point is to get rid of the implicit guarantee that keeps funding costs down. But these costs will not rise astronomically – pure investment banks manage just fine, and foreign competitors will still want a London office. (I for one suspect that at least some of the banks' protests will be for show, to try to demonstrate that the ICB has drawn blood.) It is true, meanwhile, that greater clarity is required on what exactly the definition of 'retail banking' is – loosely held as deposit taking, payment and lending services to individuals and SMEs by the ICB at the moment. But, set against the massive costs that UK banks have imposed on the rest of the economy – some estimates suggesting national income will be 10% lower forever – these reforms are far from disproportionate. The banks must stop complaining and get on with the real business of reform. To date, we have seen painfully little of this.