Do we want secret court hearings in the UK?

The Justice and Security bill championed by the now Minister Without Portfolio, Ken Clarke, proposes the idea of having secret hearings where one side as well as the press could well be barred from attending.

This provision would allow, so the argument goes, for secret intelligence material that cannot be divulged to the public to be used by one side, presumably the prosecution in the vast majority of cases.

This is known as the ‘Closed Material Procedure’ (CMP) where the excluded side is represented by security cleared ‘special advocates’ who cannot discuss the case or the proceedings with the people they are meant to be representing.

Ken Clarke insists that this move is on the right track and says that anyone who knows him would say that he would never champion a move that would erode civil liberties and place a shady type of power with the government.

But the director of Liberty, Shami Chakrabarti begs to differ. She has been running a vigorous campaign against this bill.

She has now been joined in condemning the bill by the new leader of the Green Party, Natalie Bennett. Speaking at the Westminster launch of the CagePrisoners ‘No More Secrets’ campaign [1] she said that open justice would eventually be the victim of this bill.

‘With this one Bill, the government is seeking to tear up centuries of legal protections and important principles.’ She said.

‘Closed justice, not open to the scrutiny of media and public, is no justice at all. And these closed courts undermine the principle that no one is above the law, by putting the government above the law.’

She went on to say ‘Put this together with the indefensible privatisation of the coercive power of the state in our police forces, prisons and military, and it is clear this government represents a serious threat to our hard fought for civil liberties and freedoms.

‘There's absolutely no evidence there is any need to drastically curtail our liberties in this way. Ministers have not been able to point to a single past case unable to proceed because too much relevant material was protected. 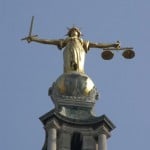 ‘And in the light of the Leveson inquiry, and the number of cases up and down the country in which senior police behaviour has been seriously questioned, it is more important than ever that evidence is open to public scrutiny.’

This matters people. Should this bill become law then there is no way that we can trust the government to operate within any self imposed limits. The powers used will continually push the envelope as the security services find out just how far they can go. There will be a continual rise in the number of cases where these powers will be exercised. People could then end up in prison not knowing the evidence against them.

Where’s the European Court of Human Rights when you need it?

Students can win £3,000 by showing their love of learning

Businesses with younger directors are more likely to fail