Does the EU Mortgage Credit Directive spell the end for ‘accidental’ landlords?

Almost a fortnight ago, HM Treasury announced how the government will implement the European Mortgage Credit Directive (MCD). The announcement included news that caused quite a stir in the industry: some buy-to-let mortgage sales are to come under FCA regulation.

In a consultation paper released on 5 September, the Treasury concluded that some buy-to-let borrowers are not acting in a business capacity (for instance, those who are letting out a home they are unable to sell, or those who have inherited a property) and are therefore defined as mortgage ‘consumers’ who benefit from statutory protection under the MCD. To put it another way: mortgage sales to ‘accidental landlords’ will now be regulated.

Another change that was largely ignored thanks to the bombshell that came alongside it was that the 40% threshold for mixed-use properties is not recognised by the MCD; any property that the borrower or a close relative occupies, or intends to occupy, is treated as a residence. Therefore, formerly unregulated sales that fell below the 40% threshold will now also be regulated. 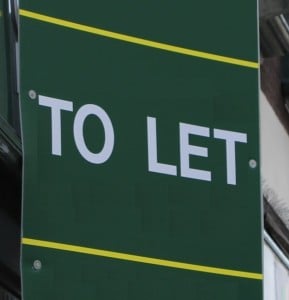 For their part, the government anticipates that affected sales will “represent a small proportion” of buy-to-let transactions. Nevertheless, the Council of Mortgage Lenders (CML) – who opposes the change – claims that the chief problem is the complexity of the proposals, and not the extent of their effect 1.

In issue 17 of its News & Views newsletter, released on 9 September, it expressed disappointment with the Treasury’s decision, and said that the new regulation and “lack of clarity” around individual cases would be “potentially problematic” for lenders.

The Treasury believes that lenders will be able to establish through its ordinary underwriting procedures whether a client is acting as a business or a consumer. The draft legislation also allows for lenders to rely on a customer declaration that they are acting as a business, unless they have “reasonable cause” to suspect that the declaration is false.

Responding to this, the CML asks: will customers recall the implications of this declaration several years later? Here I feel it undermine its own argument by insinuating that there should be any implications – after all, if there is no distinction between business lending and consumer lending in the buy-to-let sphere, whether or not a customer has been afforded the protection of regulation is a moot point.

Of course, I’m splitting hairs here. The CML does not believe that buy-to-let borrowers should be unprotected (to this end proposes a voluntary statement of practice for lenders and brokers). But the distinction between businesses and consumers in the buy-to-let market is often a difficult one to make – more so than the difference between residential and commercial properties.

Following the implementation of the Mortgage Market Review earlier this year, we saw a number of lenders pull out of the regulated buy-to-let market 2. Already a niche product, the new rules governing the sale of regulated mortgages meant that these lenders were simply no longer able to justify the required resources to underwrite these applications.

Lenders have become no more receptive in the months since. It is possible that, as the dust settles and lenders acclimatise fully to the new rules, matters will change; but based on this experience, it seems a real possibility that, by March 2016 – the date by which UK legislation must comply with the MCD – accidental landlords will be forced into a nether-region of the market, deprived of the options they currently have.