Does Title III of the JOBS Act spell the end for VCs?

What is the impact of Title III of the JOBS Act on VCs?

The JOBS Act has been a bit of a start-stop business since it was signed into law in April 2012, but with the passing of Title III this October it’s refuelled and ready to take on a new lap: the land of the free is finally free to invest. October’s vote has given the US an ETA on the democratisation of early-stage investments. So what does this mean for venture capitalists?

While some have foretold doom and gloom, CEO of UK equity crowdfunding platform SyndicateRoom Gonçalo de Vasconcelos believes that the change will simply make VCs focus more on later-stage opportunities.

‘The coming months will see a rush of cash to fund US equity crowdfunding platforms, as they jostle to secure first-mover advantage. Enthusiastic commentators might even forecast the end of conventional venture capital,’ says de Vasconcelos. ‘While the equity investment market will be fundamentally changed, VCs are here to stay, and I expect them to be pushed further up the ladder towards later-stage deals, while equity crowdfunders come to dominate early-stage seed deals.’

If the road of US experience follows that of the UK’s – and there’s little reason why it shouldn’t – then this may well prove to be a very good thing. The latest Scale-Up Report on UK Economic Growth [1] by entrepreneur, investor and company advisor Sherry Coutu points out that later-stage deals are often the ones that lack funding. VCs can help fill the gap. 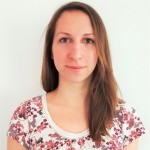 The implementation of Title III of the JOBS Act will open a whole new valley of opportunity for all those involved, and the US market is big enough to facilitate many more crowdfunding platforms and players than that of the UK. Sure, there may be a few necessary pit stops along the way as people adjust to the new twists and turns, and there are bound to be a few breakdowns. But overall, it’s a bright future that’s on the horizon.

De Vasconcelos adds: ‘What seems certain with this welcome news from the [US Securities and Exchange Commission] is that equity crowdfunding is moving beyond the realm of “alternative finance” and going mainstream.’

How to Fix a Company in Financial Crisis