Does Your Grip Strength Indicate How Long You Will Live?

• Simple tests of physical capability in midlife linked with survival

Low levels of physical capability (in particular weak grip strength, slow chair rise speed and poor standing balance performance) in midlife can indicate poorer chances of survival over the next 13 years, while greater time spent in light intensity physical activity each day is linked to a reduced risk of developing disability in adults with or at risk of developing knee osteoarthritis, suggest two papers published on bmj.com today.

In paper 1, researchers from the UK, US and Norway highlight that studies looking at physical capability with death in younger populations are "essential to elucidate whether associations exist even prior to the establishment of pathways between disease pathology, physical capability and mortality in later life".

The researchers, led by Dr Rachel Cooper at the Medical Research Council Unit for Lifelong Health and Ageing at UCL (University College London), used data from the MRC National Survey of Health and Development to examine the associations of grip strength, chair rise speed and standing balance time at age 53 with death rates from all-causes over the following 13 years (up to age 66). The survey has been tracking the health of over 5000 people since their births in 1946.

177 deaths (88 due to cancer, 47 to cardiovascular disease (CVD) and 42 to other causes) occurred between ages 53 and 66. Participants with lower physical capability scores at age 53 years tended to have lower socioeconomic position, less healthy lifestyles and higher prevalence of self-reported CVD, diabetes and severe respiratory symptoms when compared with those with higher scores.  Even after taking account of these factors, people in the lowest fifth of performance were found to have higher rates of all-cause mortality than those in the highest fifth of performance.  In addition, after adjusting for sex, those who could not perform any of the tests at age 53 had over 12 times higher death rates when compared with people able to perform all three tests. The main findings were unchanged after excluding all deaths occurring during the first two years of follow-up.

The findings suggest that people with poor physical capability in midlife (i.e. who have relatively low performance or who are unable to perform the tests for health reasons) are an important target group. Further research is needed to identify the most effective interventions as studies so far have only focused on high risk older people. 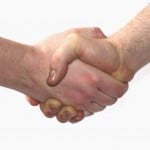 The researchers conclude that there are "robust associations of standing balance time, chair rise speed and grip strength at age 53 with all-cause mortality rates over 13 years of follow-up". They suggest there is value in using these simple tests to assess physical capability in midlife to identify those people who are less likely to achieve a "long and healthy life".

In a linked paper, a team of US researchers set out to investigate whether time spent in light intensity physical activity is related to a reduced risk of developing disability and disability progression.

Their study involved 1,680 men and women aged 49-83 years free of disability, but with or at high risk for developing knee osteoarthritis, a major disability risk factor.

The primary outcome was the development of disability (ADL / IADL limitations) at a two-year follow up visit.

Physical activity was measured objectively using an accelerometer on a belt for seven consecutive days, except during water activities. Participants recorded on a daily log time spent in water and cycling activities, which may not be fully captured by accelerometers.

In total, participants averaged 245 minutes/day of non-sedentary activity, of which the vast majority was light intensity activities (229 minutes/day).

The results show a "significant and consistent relationship between greater time spent in light intensity activity and a reduced risk of developing disability or progression in disability," say the authors.

In an editorial accompanying both papers, Dr Elizabeth Badley from the University of Toronto says that "little attention has been given to the question of how much activity is needed to make a difference". She says that lack of physical activity in osteoarthritis is associated with the development of a disability and likely associated reductions in physical capability, adding that "reduced physical capability in turn compromises life expectancy". She says that "more thought needs to be given to the role of physical activity in this context".

Dr Badley says that the lowest activity group should be a "priority group for intervention" and there is "good news that increasing activity just a little could pay dividends". She concludes that the underlying message is that "even a little helps – at least as far as physical activity is concerned".

How to rescue a dying garden in an innovative way