By Jay Hawk at Orbex

Events at the Jackson Hole Economic Symposium, which concluded this weekend, included some very interesting comments from Atlanta Fed President Dennis Lockhart. Speaking in an interview with Reuters on Saturday, Lockhart said that the Federal Reserve is debating raising rates sometime between the first quarter and the middle of next year.

Stating that "the debate is real" in reference to the tentative rate hike plan, Lockhart continues to predict the Fed will raise rates by mid-2015 given an economic rate of growth of three percent. Nevertheless, Lockhart said he feels it is "too early" to change the Fed's current economic policy statement.

The current Fed statement says that a rate hike would not be forthcoming until after a "considerable time" after the end of stimulus measures scheduled to take place this fall. Lockhart added that, "Even with good data, and we have had a run of very good data on balance, you still can only draw tentative conclusions".

While Lockhart supports a rate hike sooner rather than later, other Fed members, including Fed Chair Janet Yellen believe that labor markets and other U.S. economic indicators point to continued weakness in the U.S. economy, making a benchmark rate hike by the middle of 2015 seem premature. 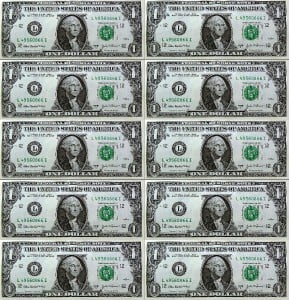 Echoing Janet Yellen, Lockhart commented that, "There's no question we've seen substantial improvement," continuing with, "the improvement has come faster than we expected".  He added that, "Obviously it's very encouraging that we've seen that progress, but I'm still in the camp that there is substantial slack remaining that can be absorbed – safely, I would say – by continuing accommodation into next year".

Lockhart concluded his interview by saying that he was "comfortable with what's been communicated – that is the idea of eliminating or ceasing reinvestment after lift-off and not using cessation of reinvestment as some sort of signaling device, but rather holding that decision until we have that first policy move under our belts."

His comments were significant and gave support to the U.S. Dollar, which gapped higher over the weekend against all other major currencies. Nevertheless, the Greenback is paring some of its gains this morning after a lower than expected New Home Sales number.

Jay Hawk personally leased seats and traded as a specialist market-maker with a broker/dealer license on major U.S. trading floors. He also ran stock and options broking desks with hundreds of retail and professional accounts, and I actively managed trading portfolios for private clients as large as $30 million both on and off the trading floors.

Jay Hawk joined Orbex as a member of its Research Team with the goal of contributing to the company's vision of empowering traders with forex knowledge and astute market analysis.

IT working its magic on realty