The unexpected dovishness of the Bank of England (BoE) at Thursday’s policy meeting and in the central bank’s latest Inflation Report has been weighing heavily on the prospects of the Pound. Policymakers dialled back their forecasts to indicate that inflation will meet the 2% target in the third quarter of 2017, also suggesting that an interest rate rise could remain off the table for another year in light of negative global headwinds. Very little in the way of domestic data has been released since, although Sterling was briefly shored up by the Organisation for Economic Co-operation and Development (OCED) stating that an interest rate increase in early 2016 would be beneficial for the UK economy.

After diving on the back of a surge in US Dollar strength, the Euro has been buoyed up by the news that Germany’s trade surplus widened further than forecast in September. While Eurozone Investor Confidence has also been on the rise traders have been a little discouraged as the turmoil has stirred within the currency union. As a coalition of left-wing parties are poised to oust Portugal’s current centre-right government, Eurogroup finance ministers have failed to approve the latest tranche of bailout funds for Greece. With Prime Minister Alexis Tsipras at odds with creditors over the toughening of foreclosure laws, the longer-term future of the Hellenic nation’s third bailout appears to be somewhat in jeopardy, pushing the common currency into a downtrend.

Friday’s stronger-than-forecast US Change in Non-Farm Payrolls report saw a significant increase in demand for the ‘Greenback’, as the odds of the Federal Open Market Committee (FOMC) moving to raise interest rates in December leaped to 70%. Although concerns of US Dollar overvaluation did see the currency cede some of its bullish gains on Monday a solid improvement on the domestic Labour Market Conditions Index helped to shore up its appeal once more. Upcoming Wholesale Inventories and Advance Retail Sales figures are also expected to offer further support to the dominant ‘Buck’. 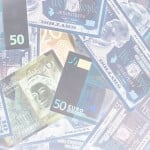 The Australian Dollar was pulled down alongside other commodity-correlated and emerging-market currencies as a result of the bullish US Dollar ahead of the weekend. As Chinese Imports were shown to have fallen short of expectations, remaining firmly in contraction territory at -18.8%, the value of base metals experienced a sharp decline. Copper, in particular, has been slipping towards a fresh six-year low. As domestic Homes Loans were revealed to have picked up in September, defying expectations for a pointed slump, the ‘Aussie’ has been making some limited gains, however.

Things have not been especially favourable for the New Zealand Dollar, with milk solids prices having dropped for a second consecutive session at the latest GlobalDairyTrade auction and the domestic Unemployment Rate having risen to 6.0%. As traders are increasingly concerned about the possibility of the Fed tightening monetary policy in December there has been worry that the Reserve Bank of New Zealand (RBNZ) could move to slash interest rates before the end of the year. Nevertheless, a round of general profit taking has shored up the ‘Kiwi’ somewhat ahead of Wednesday’s domestic Manufacturing PMI.

Despite the Canadian Unemployment Rate and Net Change in Employment both proving surprisingly bullish, the ‘Loonie’ was unable to particularly rally on this data due to Friday’s resurgence of the US Dollar. Oil prices have remained weighed down in the wake of this, with the latest Chinese data implying that demand in the major energy consumer remains in decline. The annual report of the International Energy Agency (IEA) also proved dovish, with the projection that crude will not return to a valuation of $80 per barrel until 2020. As such, it would seem that the outlook of the Canadian Dollar is likely to remain limited for some time to come.