• Banks make Â£139 every year by slapping on bank charges

• 2.4 million customers left the UK’s five biggest banks in 2012, with the trend continuing this year showing a 2.5% drop in customers for 10 main banking brands – signalling a clear switch to smaller brands.

“It is five years since the beginning of the economic crisis and the banks are still hungry for your money. They are offering hollow sweeteners to keep you loyal, whilst carrying on with bad banking as usual,” says Laura Willoughby MBE from campaigning website moveyourmoney.org.uk. “Banks make on average £139 in charges from each customer every year. Once you know that, the bribes look less enticing. You should ask your bank to drop bank charges altogether if they want you to stay.

“With 7-day switching becoming a reality we don't need to stick with bad banks and their outrageous charges, poor customer service and massive director bonuses. Why reward banks we have had to bail out with our taxes, or stick with those that rigged interest rates through Libor or mis-sold us PPI? They do not deserve our loyalty."

Move your Money are asking customers to alert them to new bribes on social media using the hashtag #bribewatch and will be listing them on their website blog.

You will all end up paying for your bribe:

For example Royal Bank of Scotland customers, which includes NatWest and Ulster Bank account holders, have been receiving more and more emails about cash-back offers.

Earn 1% cash-back on debit card purchases by signing up to the Cashback Plus scheme.

Account holders who join the scheme agree to RBS sending emailed offers from the retailers involved, although you can then opt out later.

So you will be letting third party retailers have access to your spending data and email address.

The number of retailers on the scheme is pretty poor (12).

You only earn 1p per pound spent. It would take a lot of coffees in Cafe Nero for you to begin to recoup the real cost of your account.

Even if you could scrape together enough rewards it is unlikely that you will cover the new overdraft fees they introduced last month. RBS reduced the buffer from which they start charging customers £6 a month for dipping into an authorised overdraft, from £100 to £10. So if you're permanently £11 into your authorised overdraft, you'll be charged £72 a year. Previously you would have been charged nothing. 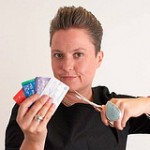 The Move your money scorecard is launched on September 16th:

Move your Money will make it easier for you to find a better bank with a new website launched on September 16th. The moveyourmoney.org.uk Switching Scorecard will allow people to decide the best banks to put their money based on issues that matter to customers and the British economy, like honesty, customer service, impact on the economy, culture and ethics.

CBI makes the case for energy from waste