With the prospect of Britain leaving the European Union now very real, the pro and anti-EU camps have started to ramp up the rhetoric about the benefits and costs of belonging to the 27-member club. One the one side, many eminent business leaders from Richard Branson to Richard Lambert worry about the cost to the UK economy of leaving, in terms of lost investment and jobs. As a small, open economy the UK is very much subject to the whims of international investors and the prospect of three years of uncertainty about membership is unlikely to be very positive.

On the other side, anti-EU groups nearly always acknowledge the benefits of the single market – they want to keep that – but rail against the excessive ‘rule-making’ that comes with the EU package. The emphasis from business leaders is typically towards renegotiation rather than outright exit, because they still want access to the EU’s 500 million consumers. That renegotiation often seems to centre on repatriating powers from Brussels. One particular gripe is employment legislation – this, it is claimed, stops businesses from creating thousands of jobs that would otherwise now exist. The large firing costs these laws bring discourage businesses from employing people in the first place, it is claimed.

In considering these claims, we need to be a bit careful. Pressure groups and PR agencies often make a living precisely by skating on very thin ice, or indeed ignoring the truth altogether and spinning whatever line suits them best. It is pretty much part of their DNA. Economists, on the other hand, are quite happy to disagree with one another but prefer to rely not on anecdote or personal experience, but proper data analysis.

Employment legislation is a good case in point. According to the OECD, UK employment protection laws are already among the weakest in the developed world. The US has slightly weaker laws, but the gap is small – certainly compared with the much larger gap between the UK and other EU countries such as Sweden, France and Germany. The fact that this larger gap exists already demonstrates that EU law is not much of a binding factor on employment legislation – we are already much closer to the US than our EU cousins.

However, it could still be true that further weakening of the UK’s employment laws might create a few extra jobs. But instead of just claiming this, we need to look at the evidence – what has happened before, when employment laws have slackened? Importantly, we need to examine this over some period of time, to allow the effects to take hold. We also need to consider different countries, to see if effects are time- or culture-specific. 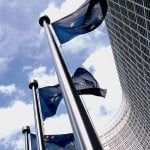 The OECD has again been at the vanguard here – its 2012 growth report concluded that stronger employment laws do not increase unemployment, any more than weaker laws boost it. Professor Steve Nickell – former MPC member, now at the OBR and probably the UK’s foremost expert on labour markets – reached the same conclusion in his three-decade study across twenty countries. Other factors matter, particularly unions, the duration and level of unemployment benefits, and training schemes. But labour market laws do not have a big impact on employment.

Why might this be the case? While the link between legislation and employment sounds intuitive, in reality it depends on interactions with other factors. Tougher employment laws can be a cost for employers. But they are also a benefit for workers, and as a consequence studies have shown that workers may accept lower wages in return, keeping total labour broadly costs unchanged. If I am very likely to be sacked, I will ask for more money in the first place. The lower turnover that can result from tougher legislation also reduces the sometimes considerable costs of ‘churn’ in the labour market, and help build longer and stronger relationships between firms and workers, benefiting companies and the wider economy. And given the tendency for layoffs to be inefficiently high in many instances, employment laws can also provide a boost here.

The bottom line is that no one should expect many more jobs to be created if we leave the EU and employment laws are relaxed. Any claims along these lines will be at best misleading, and at worst just barefaced lies. Unfortunately, an uninformed public may still believe them.

To be clear, I am pretty agnostic in the broader debate about EU membership. To be honest, I think the choice about whether to stay in the EU should probably not be about the economics. As the Olympics have demonstrated, there can be good reasons to do things that outweigh concerns about making (or losing) money. But both sides of the debate should be careful that they don’t over-egg their positions, and need to base their claims on robust, impartial analysis.

UK inflation is the exception