Don’t stop immigrants coming, count them as they leave

It seems that Nick Clegg’s answer to the concerns that much of the UK public has about immigration is to just count them on the way out. He has also claimed that it was his intervention that got the coalition net immigration target quietly dropped.

Nick Clegg wants his party's unique selling point on immigration to be to concentrate on 100% border exit checks, now that he has managed to get the 'fallacy' of a net migration figure removed from the equation.

So now we have the Lib Dems saying that people who come here with visas (i.e. from outside the EU) are the problem as many of them overstay. If this is such a big problem then surely we should be  tightening up at the front end too? Not just waiting to see what the numbers look like.

There again he might just be hoping that the figures show that there is little to worry about so we don’t need to actually do anything.

But what if it transpires that many people do overstay or disappear into a UK underground economy? How are we going to enforce  the removal of overstayers? Once again, surely it is better to have proper checks in place before people are allowed in.

Blasting the Deputy PM for being part of the problem not the solution Steven Woolfe, UKIP Migration Spokesman, said:

"Nick Clegg bragging about removing net immigration targets from the Coalition Agreement is laughable. What is he trying to achieve? You can tell his bungling press office has realised a general election is coming so they must talk about immigration. He's right that the Government cannot deliver on the promise to cut net immigration while signed up to EU open border policy. But he's hardly posing a solution. His attack is hypocritical and naive. Don't complain when you are part of the problem yourself. 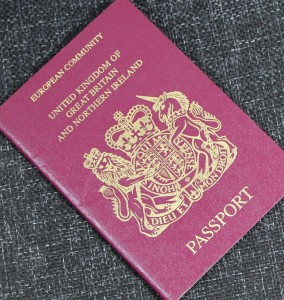 "We must have an ethical immigration policy that gives people around the world equal opportunity to apply to come to the UK, whether they are from Europe, the Commonwealth or elsewhere. The only way to do that is of course to leave the EU. That alone would create a sensible, non-discriminatory policy that would tackle the incredible pressure on schools, housing and public services brought by a ballooning population while ensuring we attract the best and brightest from around the world.

"It is vital to have control of our borders so we can ensure quality as well as quantity of people coming into the UK. This is not about Think Tanks debating GDP or multinational companies wanting cheaper labour. This is about the mother in Middlesbrough who has to wait a month for a GP appointment and can't find a school place for her kids.

"It would seem that if Nick Clegg had his way, he would scrap  border controls altogether and focus on only counting people out. Maybe that's because he is so used to people fleeing his own party that exit checks have become second nature. Yet again it's a catastrophic error by a failing party leader who is flailing desperately and bleating for attention."