Peter Spencer to retire after 19 years at the helm

The EY ITEM Club has today announced that Dr. Howard Archer has been appointed as its new Chief Economic Advisor.

Howard is taking over from Peter Spencer, who has been the EY ITEM Club's Chief Economic Advisor for over 19 years and is due to retire from the role this summer. However, Peter will continue as the Professor of Economics and Finance at the University of York.

Howard has over 30 years of experience in economic analysis and forecasting. He joins the EY ITEM Club from IHS Markit, where he was Chief European and UK Economist for nearly 17 years and was previously chief European economist of Standard & Poor's DRI. Prior to joining DRI, Howard was a senior economist and manager in NatWest Group's market intelligence department, which he joined in 1987. 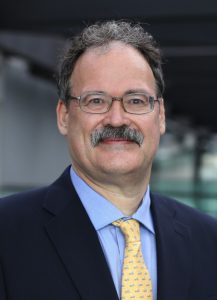 Commenting on his appointment, Howard Archer said: "I am proud to be joining the EY ITEM Club at what is a pivotal time for the UK and global economy. The EY ITEM Club forecasts and analyses have seen it become an established commentator of economic trends and I look forward to continuing to build on its already impressive reputation further."

Mark Gregory, EY's Chief Economist, said: "Peter Spencer has taken the EY ITEM Club from strength to strength and his tenure has seen the forecast successfully navigate and analyse the impact of several changes in government and a global financial crisis. I'd like to take this opportunity to thank him for his dedicated service. Howard brings deep knowledge of the UK and global economy that I am sure will benefit the EY ITEM Club immensely. I'd like to welcome him to the team and I look forward to working with him."

Consumer Focus warns about the risks of pension switching