So much hype, and yet so much disappointment. European Central Bank (ECB) President, Mario Draghi’s reputation for always over-delivering stimulus against market expectations is now over.

After spending the last two months strongly suggesting a significant increase in monetary policy stimulus measures, the President has under-delivered. 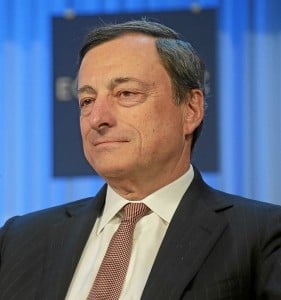 Against the menu of policy changes announced, markets were expecting at least a 20 basis points cut in the deposit rate, along with at least €20 billion added to the monthly QE purchases. Given the disappointment, the euro has risen by about 2.2% against the US dollar, while European bourses have fallen sharply. Clearly Draghi needs to re-examine his communication strategy. Seeming to always better what the market was anticipating was bound to lead to unrealistic expectations eventually, and therefore to disappointment. Compared to our own forecast, we were not expecting an increase in monthly purchases, but were expecting an extension, albeit only until the end of 2017. The further cut in the deposit rate was also not factored in to our forecast, but we do not expect it to have much of an impact on growth or inflation. The other measures are designed to reduce the risk of technical difficulties hampering the implementation and the withdrawal of QE.

The difficulty for Draghi in his push for further stimulus is that the outlook for the eurozone did not necessarily warrant additional stimulus. Recent activity indicators have continued to improve despite the weaker external environment and concerns about security. Low inflation has boosted the disposable income of households in real terms, while the resumption of credit flows is boosting domestic demand, aided by low interest rates. Also, the euro had depreciated sharply from around 1.14 against the US dollar since October to just over 1.05 (up 1.08 since the ECB decision announcement). The ECB’s decision not to increase the amount of monthly purchases leaves some powder dry in case additional stimulus is needed next year. The Bank is clearly concerned about the capacity for purchases given the limited supply of eligible assets and its own purchase limits – hence the inclusion of regional and local debt as eligible assets.

Overall, the additional stimulus announced today may have a marginally positive impact on the outlook for the monetary union. Investors caught out will have to learn to look more closely at data and not expect the ECB to always look to appease them. We now look forward to the Federal Reserve’s policy decision this month.  Assuming Janet Yellen follows through this time and raises interest rates as expected, we could see the euro resume its recent depreciating trend.

Countdown to Loss of Sovereignty