Investors will welcome with caution the ECB’s “shock and awe” announcement and will look to buy eurozone equities – particularly exporters – and to a lesser degree the Danish Krona and gold, affirms a leading global analyst with one of the world’s largest independent financial advisory organisations.

The ECB is set to purchase government bonds worth up to €60bn per month until September 2016. This is a much higher figure than most experts predicted.

Mr Elliott observes: “The ECB has added its newest €60 billion a month battleship to the currency wars, which only the U.S. and Swiss stay aloof from. It is a larger-than-expected quantitative easing (QE) program, designed to inflict shock and awe on markets. 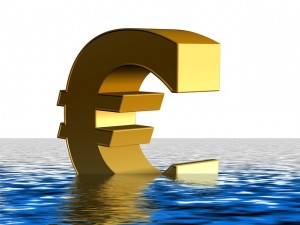 “Its goal is to severely weaken the euro and so spur exports and boost imported inflation. Let’s not pretend it will boost eurozone lending, while the bank sector remains so weak.

“But while this will boost eurozone stocks, by weakening the euro, investors should regard QE with mixed feelings.  Capital markets are in a curious and unstable mode thanks to QE from other central banks that has pushed up all asset prices in recent years with little discrimination over quality.”

Mr Elliott adds: “Many investors will pile into eurozone export-based stocks. But a broader stock market recovery may happen if, and when, stronger exports feed through into a broad-based recovery, which is the intention.

“In addition, investors may look to buy the Danish Krona on the chance that the Danes break their peg with the Euro, preferring a revalued DKR and a recession to the risks caused by ultra-loose ECB monetary policy. The current peg has resulted in a large and destabilising current account surplus. This would echo the Swiss franc move last week, though in the case of Denmark the significance would be greater given the duration of the peg with the deutschmark and then the euro.

“If the idea of the Danish National Bank breaking the euro peg is a step too far for investors, a small position in gold to hedge against the whole global QE experiment ending in inflationary tears must be a reasonable step for a long-term investor. If not, we can throw all monetary economics text books away.”