Drive for high-wage economy is undermined by large-scale immigration

Job prospects and wages of lower-paid workers are being undermined by high immigration, says Cambridge economist

The government's ambition to create a high-wage, low-welfare economy is being undermined by large-scale immigration into the UK, a report by the cross-party think tank Civitas [1] shows.

The study, by Cambridge economist Robert Rowthorn, cites evidence that the job and wage prospects of lower-paid workers are being damaged by the entry of high numbers of unskilled immigrants.

Rowthorn, Emeritus Professor of Economics at Cambridge University, shows that there are losers as well as winners from the immigration that the UK attracts – and that the losers are those at the lower end of the pay scale.

'In rich countries many dirty, hard or low status jobs are increasingly occupied by migrants from poorer countries. These are said to be doing the jobs that native workers will not do,' Rowthorn writes.

'In practice this often means that suitable native workers will not do these jobs at the wages and conditions that employers are willing to offer. There are few jobs that natives will not do if conditions are reasonable and wages are sufficiently high. 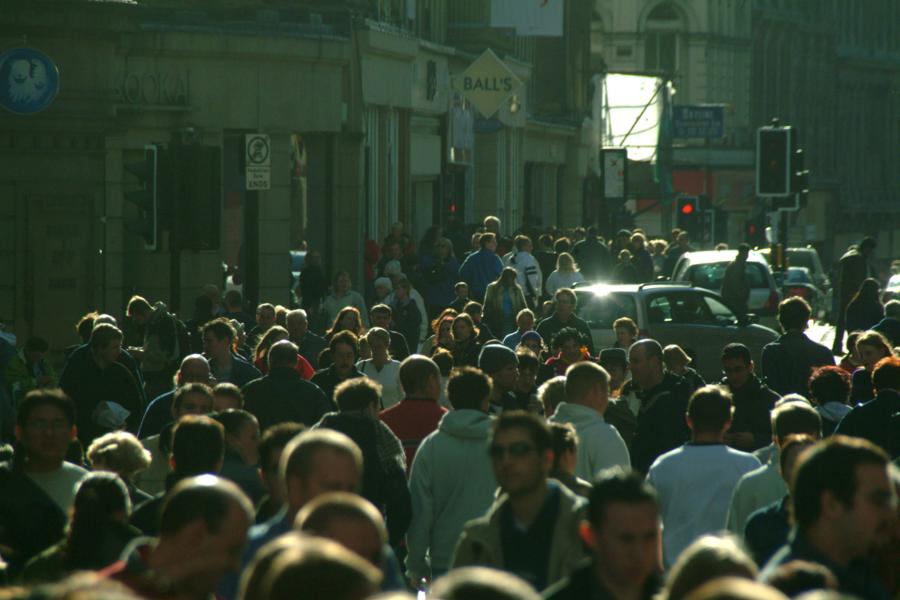 'This is evident from a country like Finland which has few immigrants and yet seems to function rather well. Moreover, one of the reasons that jobs are low status and unattractive to natives is precisely because pay is low or they are increasingly dominated by migrant labour.'

Rowthorn says that studies seeking to quantify the effects of immigration suggest that it has had little effect on average wages but a 'a significant effect on the wages of certain types of worker'.

'An econometric analysis by the official Migration Advisory Committee strongly suggests that immigration damages the job prospects of lower skilled natives when the labour market is slack.

'There is evidence from other sources that immigration may also have a transitory effect on native employment even in boom times. In addition, there is evidence that competition from immigrants may result in lower wages for low skilled local workers, including previous immigrants.

'The liberal media are quick to denounce as xenophobia the claim that immigrants take jobs from local workers and push down their wages. This claim may be exaggerated, but it is not always false.'

Rowthorn also demonstrates how rapid population growth due to high immigration will not deliver a higher standard of living: GDP would grow, but the impact on GDP per capita, if any, would be tiny.

While many immigrants may make a modest fiscal contribution in the short-term, this is cancelled out by the enormous additional strain which is placed on infrastructure.

The population is projected to grow by 20 million over the next 50 years and 29 million over the next 75 years, almost entirely due to immigration (if the children born to migrants is taken into account).
Rowthorn writes: 'Assuming the extra workers were productively employed, the result would be an appreciably faster growth in total GDP than would otherwise be the case. The effect on GDP per capita would be marginal.

'If many of the immigrants fail to get jobs, or if they end up in low skill jobs or displace native workers, largescale immigration will have a negative impact on GDP per capita and on government finances. Thus, the impact could be positive or negative, but either way it is unlikely to be very large.

'The only thing that is certain is that immigration on the present scale, if it continues, will lead eventually to a much larger population and a much larger total GDP than would otherwise be the case, with consequent pressure on infrastructure and the environment.'

Rowthorn says that the economic gains from high immigration come mainly from its impact on the age profile of the population – but that these must be set against against the costs in terms of infrastructure requirements.

He says that the benefits could be achieved with as few as 50,000 immigrants net a year.

Civitas director David Green said that Germany's response to the refugee crisis had reflected a desire among richer nations to use immigration as a means of selfish-enrichment – at the expense of poorer nations. Instead migration policy should be seen as a complement to aid policy.

'Rich countries are enriching themselves at the expense of poorer countries. The attitude seems to be: let poor countries go to the expense of educating their young people and then invite them here to exploit their skills. Poor countries can't afford to lose their best educated and motivated young.'

Dr Green also warned that the impact of high numbers of immigrants would be damaging to the government's attempts to achieve a high-wage, low-welfare economy.

'Some say that immigrants take dirty or hard jobs that locals will not do. But in other countries with low immigration such jobs are filled. They simply pay more for dirty and arduous jobs. So it should be. The end result of the current policy will be an underclass of foreign workers doing unpopular jobs. Instead we should aim for a high-wage economy in which everyone can earn a fair living.'