The newest Mercedes autonomous car looks like a car on the outside but like a lounge on the inside, with four swivel seats facing each other in a multimedia bubble of padded leather and walnut veneer.

The F 015 'Luxury in Motion' concept car unveiled at the Consumer Electronics Show in Las Vegas earlier this year is completely self-driving but still has a steering wheel and brake if you want to swivel around and drive it manually.

Daimler, the maker of Mercedes and inventor of the original automobile, wants to be among the first to re-invent the car, CEO Dieter Zetsche said at the CES, which he says will become more than just a means of transport and will turn into a mobile living space.

German rival Audi, Tesla, Google and a number of other companies are working on their own versions of driverless cars, fulfilling the forecasts that they will be a reality on the roads perhaps as soon as the end of this decade. 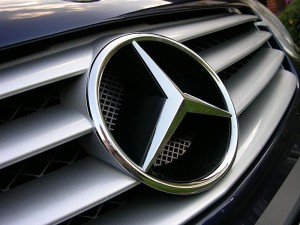 In fact, all the technology needed for a self-driving car exists already. Current features like adaptive cruise control and self-parking preview what a fully autonomous car can do.

It is likelier to be legal and liability issues that slow down actual deployment. That and social acceptance of such a radical change could dampen the trend more than a lack of technology.

Tesla CEO Elon Musk said in a recent interview, however, that the change in thinking could be no different than the shift from elevators manned by operators to today's completely automatic elevators.

There is little question that driverless cars will improve fuel economies not only because they smooth out the braking and accelerating of human drivers, but also because they improve traffic flow by finding optimal routes and mitigating congestion. The lower accident rate will mean fewer traffic jams from that cause as well.

Also, there will be fewer cars on the road because a single driverless car per family can take both parents to work, drop the kids off at school, pick them up afterwards and obviate the need for the two or three-car family.

A recent study from the University of Michigan suggests, however, that overall fuel consumption could increase because the cars on the road will get a lot more use. But of course that can be balanced out by greater reliance on non-fossil fuel energy to power the cars.

Stock market analysts are already talking about this evolution because investors looking at the big picture can put their money into the automakers and suppliers who are moving in this direction and who will have an important head start.

Along with Audi and Mercedes, BMW is on that list, as well as General Motors, Volvo and Toyota. Auto suppliers that are in this trend include TRW, Delphi, and Borg Warner in the U.S., as well as Europe's Continental and Japan's Denso.

This transformative automobile technology will be a game-changer for other industries as well, from software makers to suppliers of entertainment. As cars truly do become mobile living spaces, there will be new revenue streams as companies figure out ways to monetize the extra time people have in their cars (movies, music, games – the list goes on).

Car safety, but also cybersecurity – nobody wants to have their car hacked – are issues that need to be developed and tested.

Tesla's Musk noted that driving in dense urban environments at intermediate speeds pose the greatest challenge for current technologies and these must be thoroughly tested before driverless cars are allowed on the road.

But the self-driving car is coming to a showroom near you sooner than you think.

By Darrell Delamaide of Oilprice.com