Drug Crime – Not Worth The Risk

Each year British nationals on holiday are putting themselves at risk of arrest or detention for drug-related offending. With an increase in the number of arrests over the past year, the Foreign and Commonwealth Office (FCO) and charity Prisoners Abroad are tackling the issue by highlighting the consequences of the use, possession and smuggling of drugs in countries around the world.

Hundreds of Britons end up behind bars each year for drug-related offences and many face lengthy prison sentences thousands of miles away from their family and friends.  Reducing the number of detentions remains a priority for the FCO.  With the most significant increases recorded in Spain, Turkey and Australia, the ‘Mules are Fools – Don’t be an Ass’ campaign is targeting younger travellers and the opportunist drug smuggler.

Shaun Attwood, who was sentenced to 9.5 years in an American prison describes his experience as a warning to others not to make the same mistakes in a film (below) released by the FCO and Prisoners Abroad.  In the same film Billy Reid and Sylvia Riley, who both have daughters who are locked up abroad, describe the devastating effect of their incarceration.

Attitudes towards drug crime vary around the world and the zero-tolerance approach in some countries means that sentences can be extremely harsh, resulting in the death penalty in some cases.

“When it comes to drugs our message is clear – don’t take risks, it is never worth it. You only have one life so don’t waste it.  The consequences can be devastating for both you and your family and so it is important to be familiar with the local laws.  Penalties and sentences vary considerably around the world and the FCO cannot interfere in another country’s legal system. So stay safe and do not break the law”.

Tough conditions, lower sanitary standards, overcrowded cells and language barriers can make the experience very isolating and somewhat different from the holiday of a lifetime.

“We urge people to consider the severe consequences of overseas imprisonment; from unsanitary conditions that breed disease and infection, to a severe shortage of food, clean water and the most basic of medical care. Overseas laws can be far harsher than in the UK and committing a drugs crime, whether intentionally or not, could result in a lengthy sentence in life-threatening conditions”. 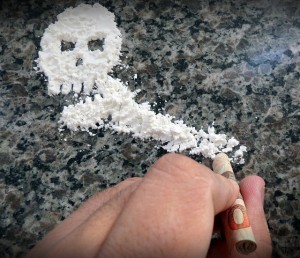 United Arab Emirates – Sentences for drug trafficking for possession of even the smallest amount of illegal drugs can lead to a minimum 4-year jail sentence. The Emirati authorities count the presence of drugs in the blood stream as possession.

Indonesia – Possession, trafficking and manufacture of any illegal drugs are serious offences in Indonesia. The Indonesian authorities have a zero-tolerance policy and those caught face lengthy prison sentences or the death penalty, usually after a protracted and expensive legal process.

If you have any enquiries for FCO consular staff before you go or while abroad you can ask questions via the FCO’s Twitter service @FCOtravel. This service adds to the ways that British people travelling or living overseas can already get in touch with the FCO: by emailing the travel advice team or contacting local consular staff.

You can also keep up-to-date with the latest FCO travel advice by signing up to the FCO’s Facebook and Twitter feeds: www.facebook.com/fcotravel or twitter.com/fcotravel

For further information please contact the Know Before You Go team on 020 7781 2342 or FCOTeam@consolidatedpr.com