The first half of the year 2015 saw the real estate sector of Dubai losing the steam it had amassed over the last two years, hinting at a maturing market capable of sorting itself out by steering clear of extremes.

Though naysayers projected a gloomy scenario for Dubai’s market, the fact remains that the on-ground situation is much better and far less troublesome than predicted by pessimists. The Dubai market has indeed seen growth slowing down, but the size of the market is constantly increasing thanks to the continued trust of investors in its ability to bounce back and its rising status as one of the most important business and leisure hubs east of Africa.

Abu Dhabi, on the other hand, faced no such glitches or criticism and continued to see a calm and consistent rise is rental and trading values, introducing regulations that are certain to add to the market’s charm manifold.

The performance of the UAE property sector in H1 2015 exceeded expectations, with an industry-wide economic diversification acting as the key driver for sustained growth. Less and less dependence on oil means Dubai is now far from the effects of oil price crunches like the one currently persisting, and boasts of an economy whose beauty is not merely skin deep.

The concerns regarding the property market slowdown have somewhat been – to put them squarely – exaggerated and inflated. We have maintained for some time now that the market is undergoing a much-needed easing that would help it paddle away from troubled speculative waters. A recent LBS survey also stated that no drastic outcome was expected from the current easing.

But we have noticed that the scepticism has mostly been a case of the glass being half empty.

Though the slowdown continues, it will only be some time before things turn around and head upwards. We reckon things will move the other way come 2016 and rise therefrom, and our optimism banks on bright prospects of a continuous rise in the emirate’s population, its status as a top tourist resort, its world-class leisure and hospitality facilities, and its importance as the core regional business hub.

Many a study has now seconded our argument against negative and overdrawn forecasts of massive drops in property values. In our last market report, we highlighted a number of factors responsible for the market slowdown, such as the Dubai government’s measures against market overheating, a stronger dollar, Russian crisis and sanctions, oil price crunch effecting foreign investors, Eurozone issues and a dreary IMF forecast for the global economy.

All of these in no way point to a fault within Dubai’s structure itself. But the strongest factor that remains in play is the market adjusting to shed off the excessive weight of prices it put on as the values rose over the past few years. The property sale values dropped between 5% and 10% in H1 2015 compared to 2014.

Although the slowdown has driven out flippers eyeing quick gains, herein lies a chance for long-term players to make a calculated move and be prepared with the right arsenal once the battle heats up in the coming months. Rental returns, as we also mentioned in our previous reports, continue to hold strong, with some areas even registering growth in values. Overall, Dubai’s rental returns remain one of the best in the world (5%-7%) and offer enough impetus to an investor class to continue its endeavours in Dubai.

The government has introduced better laws to secure investors’ interests and has been piling pressure on developers to deliver projects on stipulated dates. Positive measures like these, sadly, are rarely discussed or highlighted.

A recent negative report by a noted agency was touted as the definitive prelude to a 2008-like crash. Though we do not agree with the negativity on many accounts, we believe the speculation that follows such reports is what makes novice investors fidgety and harms an otherwise self-stabilising market.

The news of 25,000 new units entering the market has also become a question mark. Some analysts put the number at half that amount, while others point to the 20,000 mark. Even major developers are sceptical of the figure. We believe around 15,000 new units will actually make it into the market this year, and consider the earlier number to be exaggerated and the fears of oversupply misplaced.

From what we have seen, some project deliveries in H1 2015 coupled with the delayed impact of the Federal Mortgage Cap contributed to sluggish growth in the residential sector. Most investors opted to hold on to their properties and sit out the correction period, while trying to secure rental income in the meantime. A portion of the price decline could also be attributed to nervous sellers, whose lack of confidence – or experience – in the market made them sell short. But the phenomenon has been a blessing in disguise for tenants, many of whom are now planning to make the jump to homeownership courtesy of the market price correction.

As we mentioned earlier, the population is on the rise and over 200,000 job permits were issued in Q1 2015 alone (Q2 figures are yet to be released, but likely to be in the same vicinity). There can be no fixed timeline for this huge population’s settlement in Dubai, but what is assured is that the latter half of the year will witness a steady stream of workers flying into Dubai and a subsequent surge in the demand for residential spaces.

With the sizeable working population in mind, we saw increased contemplation on the part of the government over the need for affordable accommodation for mid- and low-income households (households with income between AED 3,000 and AED 12,000). The government has already allocated several hundred acres of land for affordable housing and we are hoping the idea will gain a stronger foothold in the months ahead.

Another important phenomenon that was witnessed during the first half of 2015 was the increase in demand for midmarket hotels in Dubai. This demand was driven by two main factors: the younger visitor profile with limited disposable income and a growing middle class in major source markets such as China, Pakistan, GCC, India and Africa. It was also observed that a scarcity of prime hospitality assets was shifting developers to more mid-market developments.

The first half of 2015 recorded continued growth in the rental and hospitality sectors in Abu Dhabi. At the same time, the residential sales, retail and office sectors remained stable. A reduction in government spending was expected this year following the decline in oil prices, which could have slowed down the pace of demand growth, but this has not happened during the first half of the current year. In contrast, the short-term supply of units in the market was generally constrained, leading to relatively stable market conditions.

Following the approximately 11% growth in 2014, residential rental growth continued during H1 2015 owing to the limited quality supply across all prominent locations and the removal of the rental cap. The residential sales market remained stable, following the double-figure growth in 2014, but failed to increase, probably due to a downturn in investor sentiment amid the reduction in oil prices.

From an economic angle, the property market of the capital remained resilient despite the oil crunch. The Abu Dhabi Urban Planning Council (UPC) approved 22 new projects during the first three months of 2015, thus shrugging off all concerns of weaker oil prices affecting the property market.

The office market of Abu Dhabi remained stable following two successive quarters of recovery and growth, yet demand still remained relatively flat and there were limited supply completions. While a significant amount of the new supply in the pipeline is pre-committed, vacancy rates for office space remained stable during the first half of 2015.

Meanwhile, driven by various government initiatives to boost tourism, the hospitality market was the strongest performing sector in H1 2015. Interestingly, Abu Dhabi saw an increase in hotel average daily rates (ADRs) for the first time since 2010, which could be a sign of things to come.

“Dubai is a reality that cannot be ignored anymore, not for long at least. The emirate has evolved into a quality travel and tourism destination and an important regional business hub bridging the West and East, leading to bright prospects for the emirate’s job market in the coming months and years. We are likely to see heightened activity in the realty sector in the near future that will shun away notions of a market deadening or crash,” said Haider Ali Khan, CEO of Bayut.com.

Although it is true that there will always be people who will even take facts about Dubai with a pinch of salt, we believe there are many more who believe in the city’s immense potential and its readiness to take on greater challenges. Dubai’s pull has moved far beyond its ‘luxury living’ brand and the emirate is a modern-day wonder that beckons the world.

Its unmatched hospitality sector, unrivalled leisure and recreational facilities, courage to take risks and innovate as well as the city’s geo-strategic significance for business and political leaders are attributes no one can take away from Dubai.

These factors are certain to keep the demand for Dubai realty ticking and help the city move beyond the current hiccup in its progress.

Similarly, the UAE capital is set to see a planned surge in real estate activity, with the setting up of a rent index and additional powers for municipality likely to make the market much more regulated and streamlined. Abu Dhabi has always been seen as a stable investment field and the stricter regulation of the real estate market is set to boost investor confidence further and make the UAE capital a favourite playground of realty players.

The UAE market has moved beyond the oil wealth it was once famously known for. The nation has instilled the fundamentals of learning, imagination, innovation, invention and instinct to prove its mettle to the world and beat the odds time and again. Both Abu Dhabi and Dubai boast of monolithic resilience that is set to see the two ward off critics and shine brighter in the days to come. 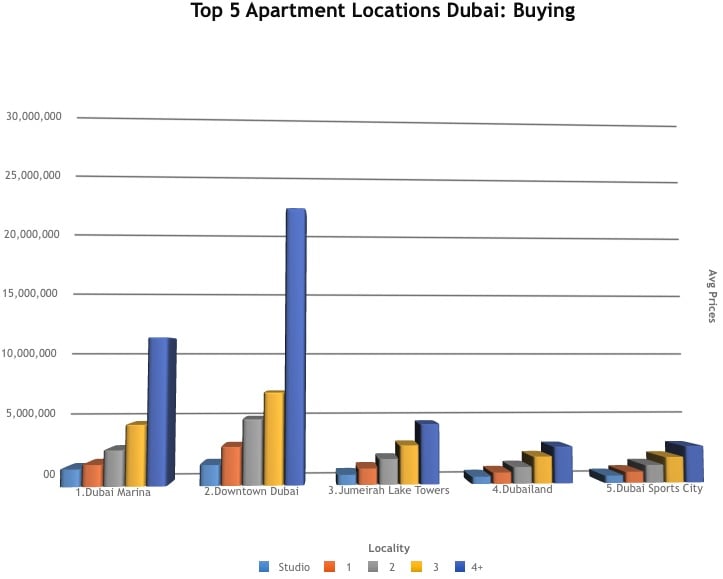 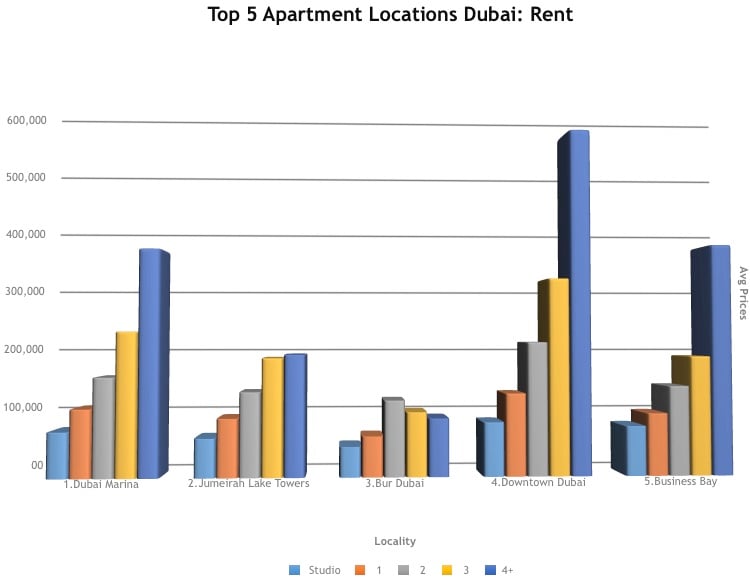 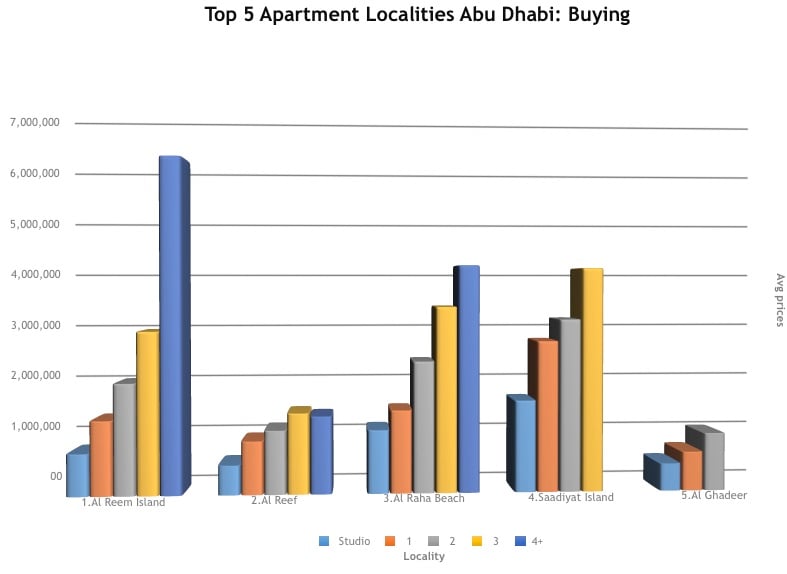 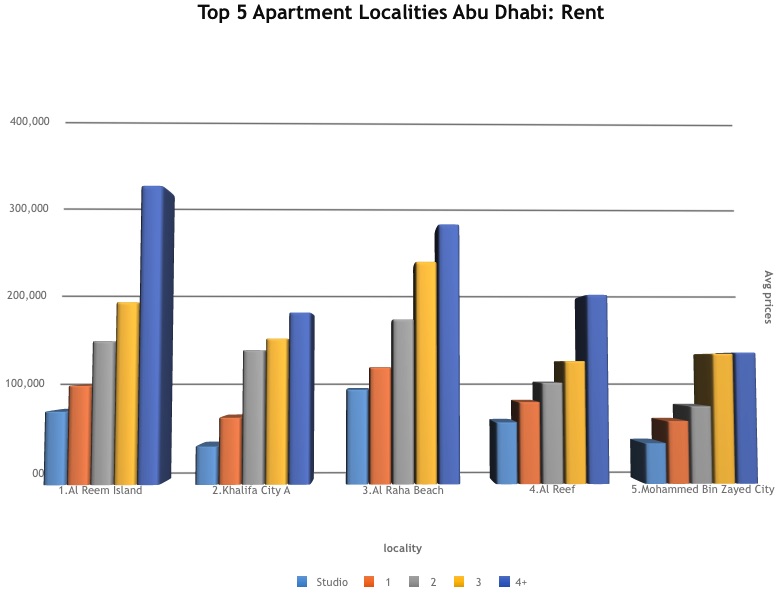 Your Golf Travel looking to invest £30,000 into a business idea