The city of Dubai, which is renowned for interweaving innovation into its economic, commercial and cultural goals, is now blending it into charity.

The city is working on the establishment of the first collective-endowment park in the world – the Endowment Park project which will be established by Dubai Municipality & Mohammed Bin Rashid Global Centre for Endowment Consultancy (MBRGCEC). 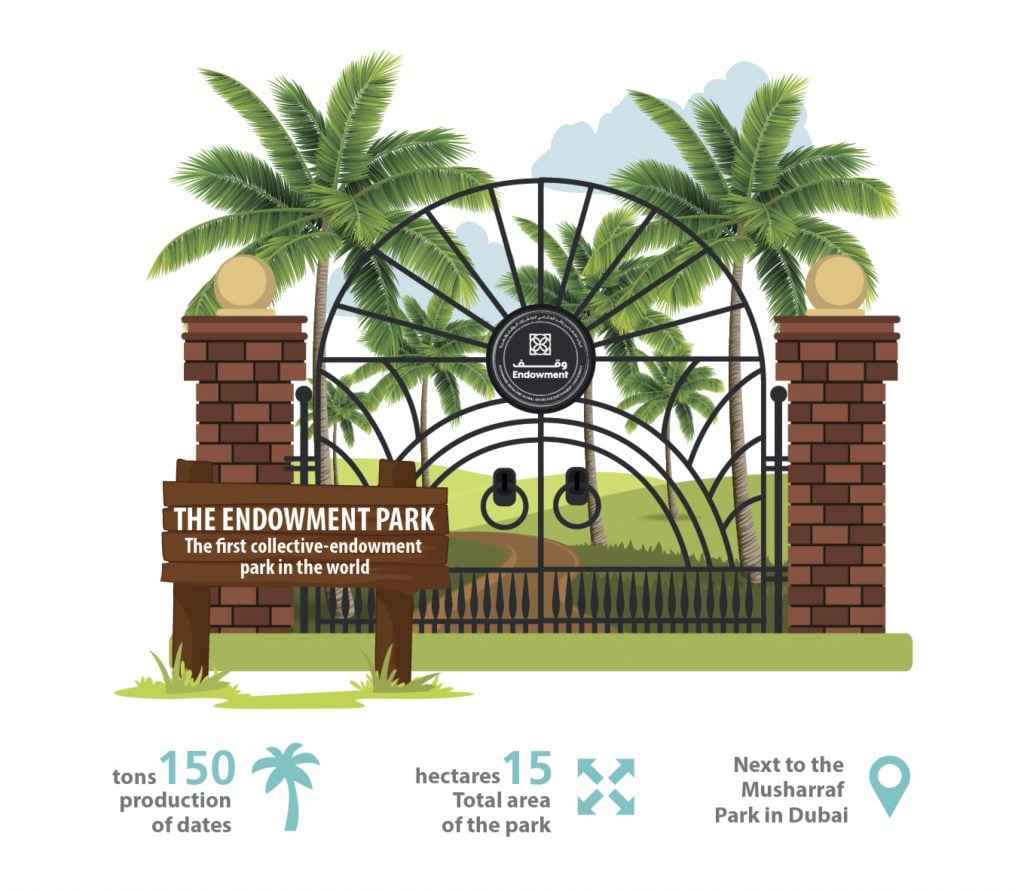 The new park combines the business model of collective outsourcing (a concept that has been successfully used in many economic projects) with the concept of innovative endowment adopted by MBRGCEC.
The Endowment Park will be established with the members of the UAE community donating the palm trees, which in turn will become an agricultural endowment.

The Endowment Park is located next to Mushrif Park, Dubai and will be spread over an area of 15 hectares. Aimed at opening the doors of sustainable charity to all its community members, the project will also include a charity date-packing factory, which will allocate its entire production towards the needy members within the UAE community. The project has an expected annual production capacity of around 150 tonnes of dates. 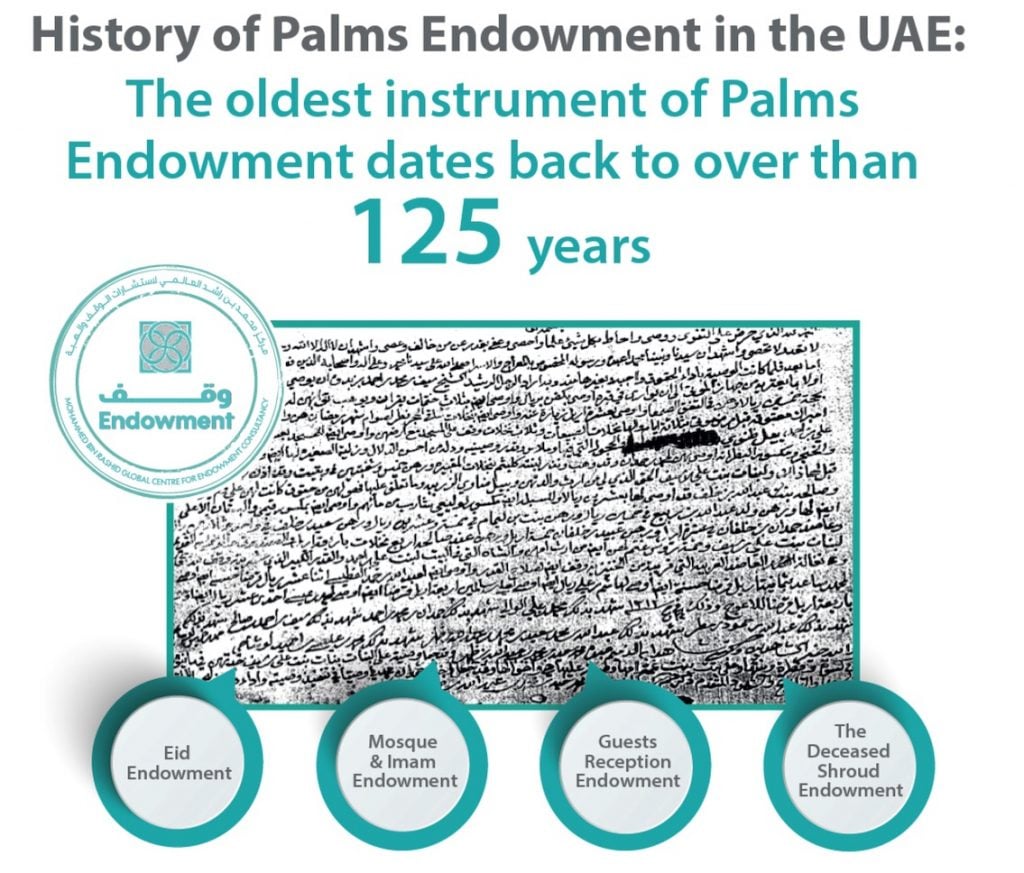 The entire concept is derived from a 125-year old custom originating from the Hatta region in UAE, which had the social custom of endowing palms by traditionally donating the proceeds into charity and favouring the needy members of the community.

During the second half of 2017, Dubai Municipality will announce the launch of the invitation to donate towards the palms endowment for the park as soon as the infrastructure is completed on the project.