After successfully raising over £125,000 on crowdfunding site Crowdcube last year, new start-up subscription snack service, EarlyBird, has today launched a secondary crowdfunding campaign on Crowdcube in the hopes of raising £300,000.

Oliver Pugh and Jamie Trinder founded EarlyBird in their hometown of Northampton in 2014.

Since then, the company has grown steadily, having developed over 80 different snacks and delivered more than 10,000 TasteBoxes to customers so far.

EarlyBird’s initial campaign on Crowdcube helped the company get off the ground, run a beta programme and commence production in their factory in Derbyshire.

“We’re pleased to be launching our second campaign on Crowdcube. We’re hoping that these investments will help us to develop our services and further our offering to our customers. As the snack market is constantly growing and evolving, this money will allow us to continue expanding, making us more able to create and deliver new, healthy and exciting snacks to the people who need them!” 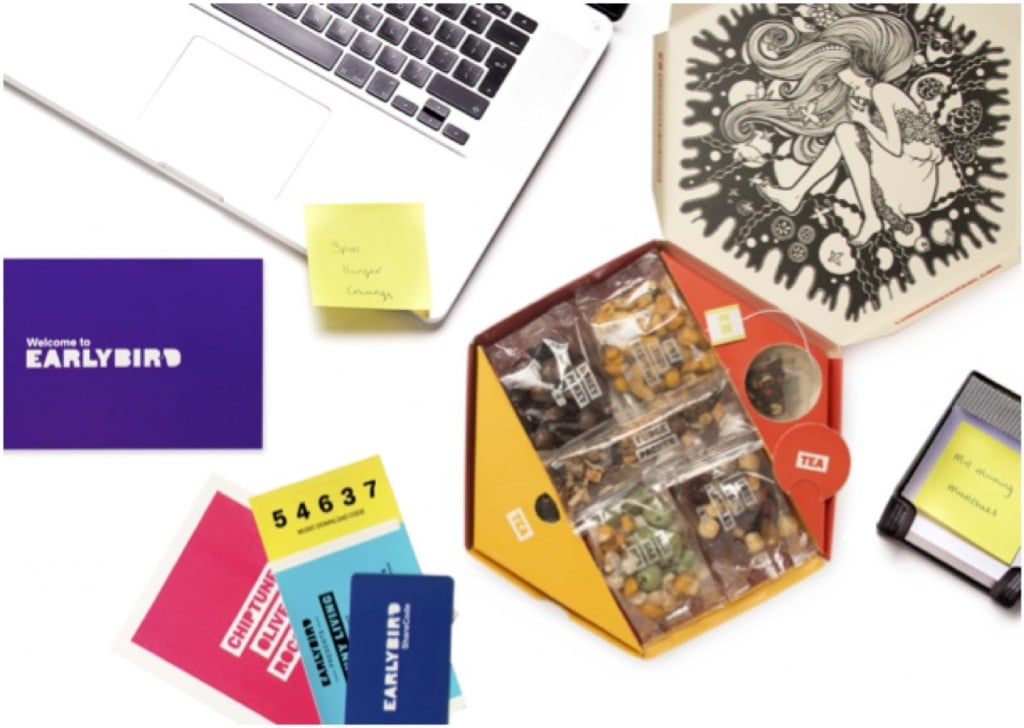 EarlyBird has taken a fresh approach to the existing snack box offering by bringing food, art, music – and people – together through their TasteBoxes, which can be delivered on a weekly or fortnightly basis. The snack boxes, which cost £4.50, contain five snacks and two teas. Every month, the interior lid of the TasteBox features a new artist, designer or photographer. Artists can submit their work to EarlyBird to get the chance of being featured in one of EarlyBird’s TasteBoxes.

“It’s important to eat a healthy, varied and balanced diet; everything should be eaten in moderation. The nutritional information of our snacks are clearly detailed on our website and we’ve made sure that our recipes include only the best ingredients”.

Oliver Pugh, 28 year old CEO and founder of EarlyBird says “This is an exciting time for EarlyBird; we’re working on a number of upcoming projects, all which will be made possible by the investments we hope to receive following our second crowdfunding campaign on Crowdcube. Two particular projects we’re working on is our new snack box, the GymBox, which will contain high protein snacks, and EB Studios, which will feature podcasts with up and coming music artists. We’re fortunate that as a small company, we’re able to listen to our customers wants and needs, and to tailor our service to meet those needs”.

You can invest in EarlyBird via Crowdcube.com from 8pm on 3rd September 2015.