easyJet, the UK's largest airline, has today announced a further 10 new routes which will launch as part of its summer 2014 schedule.

The new routes will operate from its London Gatwick, Edinburgh, Glasgow, Newcastle and Belfast bases to destinations across the UK and Europe.

With more than 21.6 million seats on sale from today in the UK, it means there is an increase of almost one million available seats compared to last year's summer schedule. Many of the new routes will provide passengers travelling with their families next summer with low fares on popular routes for their holidays next year.

There are four new additions to London Gatwick's schedule with Jersey, Paris, and Newcastle strengthening easyJet's unrivalled business network out of the airport. Important connections between London and Newcastle will be provided through new 6 per week services. Flights to Brittany, a region of France popular with British holidaymakers, will also add to the airline's comprehensive range of leisure destinations.

Further choice is also being offered from Belfast International Airport with affordable flights to Bordeaux and Jersey. There are also four new routes launching in Scotland which will provide sun seekers with even more choice for travel further afield to both Heraklion and Bodrum from Edinburgh Airport or the option to fly to Split and Kos from Glasgow International Airport.

"Adding even further choice for passengers throughout the UK at affordable prices is always our aim at easyJet. The new additions to the 2014 schedule will provide 36.6 million seats network wide on a greater choice of destinations spanning the UK, Europe and beyond. There is something for everyone on offer for summer 2014. The earlier passengers book the bigger the savings.

"From Gatwick we have increased our already comprehensive range of destinations making even more business sense for corporate travellers to choose easyJet." 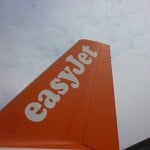 The ten new 2014 routes on sale now include:

London Gatwick to Newcastle – flying year round, six days a week from £35.49*

London Gatwick to Paris – flying year round, seven days a week from £35.49*

Travellers looking to book their summer flights, accommodation and transfers in one place can find a wide range of flexible and affordable breaks from all easyJet airports on the easyJet Holidays website: www.easyJet.com/holidays or by calling 0843 104 1000.