easyJet, the UK's largest airline, has today announced it will be applying new and innovative technologies to help operate its fleet of 220 Airbus A319 and A320 aircraft even more efficiently, reducing delays while maintaining its industry leading punctuality and safety record.

These technologies will be especially useful in some of the airline's more remote airports across its network – the airline currently flies to 138 airports with some as far away as Sharm el Sheikh and Tel Aviv.

The airline today announced it is working with Bristol University's Aeronautical and Robotics team to modify existing technology so that drones can be employed to inspect its fleet of Airbus aircraft. The drones will be programmed to scan and assess the planes reporting back to engineers on any damage which may require further inspection or maintenance work. The drones are currently in development with a view to trialling them and then introducing them as early as next year.

Alongside the drone technology, easyJet is planning to employ 3D technology by Vuzix which enables a remote engineering team to see exactly what a pilot or engineer is seeing.  This uses the world's first high definition see through display system, providing augmented reality helping easyJet to remotely diagnose a technical issue.

Currently engineers and pilots have to email pictures and call easyJet's Operations Control Centre to try and resolve the issue over the phone. easyJet is also currently trialling similar video technology equipping engineers with technology that allow live streaming between the engineer on the ramp and easyJet's OCC.

easyJet's engineering department has also developed their own bespoke apps for a wide-range of devices.  These will allow our engineers to perform certain day-to-day issues more efficiently.

The apps are in different stages of development and we expect to be trialling a range of them over the course of the summer.

easyJet will complete the fitting of Panasonic Toughpads in place of laptops and printed navigational charts, in all of its cockpits by the end of this month. This means that the airline is already nearing a completely paperless plane. These tablets will also make easyJet one of the first airlines to use this type of device in all phases of flight and on the ground. 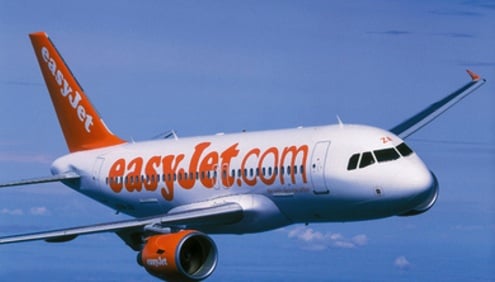 New 'e-paper' technology, like this example created by Sony, could see easyJet completely eradicate printed forms in the cabin; this would mean an entirely paperless plane. This new device is the latest lightweight design from Sony which makes it feel like the user is writing on paper. Completed forms can be quickly saved into a central database enabling the airline's operation quick and easy access to information on all of the aircraft.

easyJet operates its fleet of aircraft in strict compliance with all manufacturers' regulations, often exceeding them.  The airline employs a highly skilled workforce of 237 engineering staff as well as outsourcing to external suppliers in many bases across its network.

easyJet's engineering department has a track record in innovation, last year working alongside Airbus and Nicarnica Aviation to prove its ash detection technology which is expected to be fitted onto an easyJet aircraft within the coming months.