Two aircraft are to be based in Southern Italy's largest city offering five new routes to Hamburg, Brussels, Catania, Mykonos and Corfu.

Up to two million passengers are expected in the first year of operation.

easyJet, the UK's largest airline, has announced its expansion plans in Italy with the opening of a base in Naples. The new base, easyJet's third in Italy and 24th in its European network, will be operational from spring 2014.

Having first started operations in Naples in 2000, easyJet now carries more passengers than any other airline into and out of Naples. In the last twelve months the airline has flown 1.6 million passengers. From spring, the two aircraft based in Naples will enable easyJet to fly more than an additional 350,000 passengers meaning that annual passenger numbers will reach almost two million.

"Italy is a key market for easyJet where it has regularly invested and we are delighted to announce that Naples becomes our 3rd Italian base and in Italy's third largest city.

"Naples is a top European destination both for tourism – the city being listed a World Heritage Site by UNESCO – and for business with a wide network of more than 260,000 companies and 2.6 million business passengers travelling to and from Naples every year." 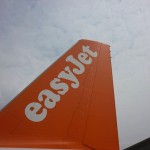 easyJet will fly 20 routes from the base, five of those will be newly introduced in Spring 2014, and will offer 130 flights a week at peak season from Naples. The airline will fly additional frequencies on key routes such as London Gatwick with two daily flights. easyJet is also now offering "Fast Track" security in Naples for its FLEXIfare customers, making travel even easier by saving time at the Airport.

Last month easyJet announced the opening of another key European base in Hamburg next Spring alongside announcing plans to increase its fleet in Berlin. Building on its success to date in both Hamburg and Berlin, easyJet's new base will open with three A319 aircraft with the airline increasing its fleet in Berlin by an additional plane.