ECB QE Decision and the Consequences for UK Businesses

The question of whether the European Central Bank (ECB) will implement a quantitative easing (QE) programme has been at the forefront of investors’ minds for the past few months. They have intensified as the Eurozone spirals further into economic woe, even slipping into deflation last December.

Speculation has been rife, with QE seemingly confirmed by French President Francois Hollande on Monday. However, Hollande has since backtracked on his comments. Market sentiment is still uncertain as to when QE will be implemented: although growth is dragging on its heels, the recent fall in energy prices across the board may have the potential to offset a significant proportion of falling economic growth in the Eurozone.

The effects of a likely commencement of a QE programme in the Eurozone will affect UK businesses trading with the region, particularly since the area is the UK’s largest export market. QE would inject much-needed capital into the Eurozone, but what individual governments and businesses do with the funds is another matter. 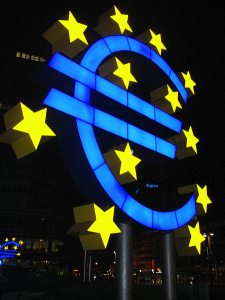 Given the differing fortunes of its member states – from star player Germany, to the floundering southern states – UK exporters will see varying results on their export orders, depending on the countries they are trading with (and the overall financial health of the businesses they are trading with). The divergence will be magnified if individual Eurozone member countries are expected to shoulder their own debt.

Given a steady flow of capital from QE to businesses, Eurozone businesses are expected to import more from the UK. They may also be able to offer more competitive prices for UK importers on raw materials, goods and services, which could help to boost trade and cut costs for UK companies.

By Carl hasty, Director of SmartCurrencyBusiness.com

How to beat the summer distractions?

Investors can ‘seriously build wealth’ in this wave of anti-globalisation