Figures released today by PCG, the membership organisation for independent professionals, show that an overwhelming 70.1% of freelancers expect the economy to improve over the next year.

The statistic reflects a surge in optimism among independent professionals over the future direction of the UK economy.

The figures come from a new quarterly survey which measures the business confidence of freelancers, contractors and independent professionals – collectively the smallest businesses operating in the UK.

“Due to their size and the way the sector spans almost every British industry, freelancers provide a unique and important insight into future macroeconomic trends. They are effectively the ‘budgie in the mine’ when it comes to our economy.”

According to Georgios Nikolaidis, confidence among independent professionals is an important indicator of future growth, and freelancers are currently eyeing the economy with optimism: 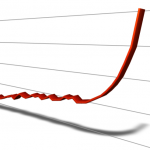 “The fact that 33.5% of independent professionals expect their business to be better off in 2014, opposed to 11.9% who think it will be worse off, is heartening. Similarly positive is the news that freelancers are optimistic about demand, with 52.2% expecting the availability of contracts to rise in 2014, compared to just 9.6% who believe the opposite; a balance of +42.6%.”

The results put the current average daily revenue for a freelancer at £500 per day. Responding to this, Georgios Nikolaidis said:

“While this is a healthy daily income which reflects the high value placed on freelancers by their clients, 77.5% saw no change in their fees over the last three months. Just 11.8% reported an increase in their rates in the last quarter, while 10.7% reported a decrease. This is right in line with the sluggish wage growth seen in the UK economy in general, where earnings have persistently lagged behind the inflation rate.