Economic Impact on Tokyo if a Casino Bill is Passed

Gambling is illegal in Japan apart from a few exceptions. Betting on horse racing is acceptable, but it is tightly regulated by the Japanese government and the Japan racing Association. The betting system is complex and the regulations stop foreign horses from being involved. Certain types of motorsports, including motorboat, bicycle, car and motorcycle racing, are also allowed to be bet on, as well as football. But, like Horse racing, these are also controlled tightly by the government. With such strict rules in place already, the passing of the casino bill could prove to have greater impacts than originally thought. 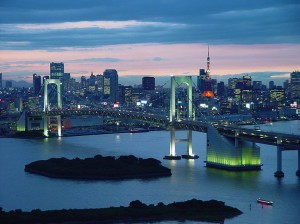 There has been talk of the government legalising gambling by passing a bill, allowing the opening casinos around the country. This bill is due to be passed within the next couple of years and would be regulated closely only allowing certain places around Tokyo to have a casino. It could also open the door to casinos like Metro Play Casino [1] launching in Japan online. If this bill is passed and it goes ahead, Japan is looking at a boom in their growth industries. With other casino locations around the world being so successful at causing a boom to the tourist industry, Tokyo is wanting to jump on the band-wagon. They also see it as an investment opportunity for American companies.

There are some people who are against the passing of the casino bill. They don't think that it will solve all of Japan's economic problems. With great investment from foreign sources, it's thought the revenue would leave the country rather than being reinvested. So the actually income wouldn't be as great as initially thought.

Recent betting on other gambling sports such as sumo wrestling has caused scandal in Japan. Some people think that if that has caused such a drama, what would happen if the casino bill is passed? Will people go crazy and lose their money to gambling?

The current governor of Tokyo (Ishihara) has been trying to push casinos on Japan since 2000 when he proposed they open one in other areas of Japan. Despite the high public interest, it was denied. One of the arguments being (as stated above) that people wouldn't be used to it and would be prone to addiction (although there would be great investment in gambling addiction support). It would also mean investments in new infrastructures due to the casino's being built or connected to hotels.