Despite a stellar 2013, the crystal ball for the U.S. economy and Wall Street in 2014 remains murky. That’s because investors might have to actually consider the health of the U.S. economy this year. Now granted, the U.S. economy kicked into high gear last January after the federal government avoided the dreaded fiscal cliff. Thanks to some recent economic indicators, the start of 2014 has been more subdued.

Factory activity in China hit a three-month low in December. While Germany and Italy reported healthy manufacturing numbers, British manufacturing growth eased and France hit a seven-month low of 47.0 (scores below 50 indicate contraction). Here at home, the U.S. economy got a boost after it was announced that manufacturing hit an 11-month high in December of 55.0, up from 54.4 in November. (Source: Weisenthal, J., “This Manufacturing Report From France Is Just Plain Ugly,” Business Insider, January 2, 2014.)

To show it believes the U.S. economy is improving, the Federal Reserve recently announced that it will begin to taper its quantitative easing efforts this month. Instead of pumping $85.0 billion per month into the U.S. economy, it is going to purchase just $75.0 billion in bonds.

And to quell investors’ fears, the Federal Reserve said it will continue to keep interest rates artificially low until the unemployment rate hits 6.5% or lower—a target that probably won’t be reached until mid-2015.

Thanks to the sustained artificially low interest environment, many investors are wringing their hands together, hoping the U.S. economy in 2014 will be a repeat of the stellar 2013. But for a bull market to continue, businesses need to report solid earnings and sales growth—something that was lacking in 2013 and, by the looks of it, will be lacking in 2014, too. 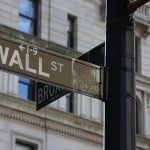 While the Federal Reserve’s record-low interest rates will continue to fuel the bull market in 2014, the end of cheap money is visible on the horizon. And that means investors will have to rely on a company’s earnings to boost its share price.

It’s inevitable that the stock market will reach new highs at different points throughout 2014, but a soft U.S. economy means it will be nothing like 2013. For investors, that means to follow the trends, but be very aware of the underlying indicators in the U.S. economy—and globally.

Still, if you want to keep a couple sectors on your radar, I think consumer staples and utilities could be two of the more interesting sectors that could benefit from a rebounding U.S. economy in 2014. To diversify risk, investors might want to consider exchange-traded funds (ETFs) like Market Vectors Retail ETF (NYSE/RTH) and PowerShares Water Resources (NYSEArca/PHO).