In a speech to the Fabian Society Ed Balls, the Shadow Chancellor, said that the top rate of income tax would go back up to 50% if Labour wins the general election in 2015.

This would return it to the level set in 2010. Since then the rate was reduced to 45% in 2012 with the Chancellor, George Osborne, arguing that it would lead to an increased tax take overall.

Pointing out that “…those earning over £150,000 paid almost £10bn more in tax in the three years when the 50p top rate of tax was in place…” Ed Balls said that those with the broadest shoulders should bear the burden of austerity.

This has of course attracted some criticism from both business and the Tories but has gained union support.

"And now Ed Balls is proposing more spending, more borrowing and more taxes. It's the same old Labour – they haven't changed and they have no long-term economic plan for the future.

"Labour would put the recovery at risk, drive away investment and put our economic security at risk. That would put the financial security of hardworking people and their families at risk." 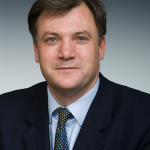 "Getting the UK's deficit and national debt down is essential to maintaining the country's credibility with the markets and for the long-term health of our economy. We've been clear that this must go hand in hand with pro-business, pro-growth policies.

"We don't believe that introducing a 50p income tax rate is the right way to raise the money because this puts talented people off coming to the UK to invest and create jobs."

A spokesman for Unite said: "The commitment to restore the 50p top rate of tax is a sign that a future Labour government understands the need for a fairer taxation system in this country."