Ed Miliband 'to let the people into our politics'

Ed Miliband says that, if he as the Labour Party leader becomes Prime Minister after the next General Election, he will take open questions from members of the public on the same day that he faces MPs during Prime Minister's Questions (PMQs).

Discussing this with Andrew Marr this morning on the BBC Mr Miliband said that these sessions would be held at least once a fortnight and possibly weekly in Parliament if the Speaker allowed.

Those asking questions of the Prime Minister would be chosen by a method to ensure a wide representation of the country and political backgrounds.

The move underlines his message in a speech at RIBA on Friday that politics has become too much of a game played out for politicians themselves – to the exclusion of the people. 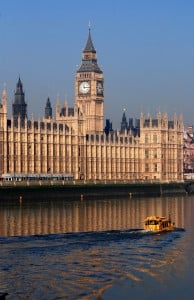 Mr Miliband says he believes Prime Ministers should be held to account by members of the public as well as Members of Parliament.

If this constitutional innovation proves to be a success, Mr Miliband hopes it will go some way to letting people back into politics and their Parliament.

Labour is drawing up detailed proposals in consultation with the House authorities for implementing this proposal after the next election.

"What we need is a public question time, where regularly the Prime Minister submits himself or herself to questioning from members of the public in the Palace of Westminster, on Wednesdays. I want to let the public into our politics."