Shapps: Ed Miliband's weakness exposed as his ‘discipline’ on spending lies in tatters

Two days ago, Ed Miliband called on Labour to show ‘discipline’ on spending, but Liam Byrne has today become the latest senior Labour figure to expose the weakness of this promise by calling for more borrowing and more spending.

Byrne has today written an article for The Daily Telegraph calling for more spending on benefits, including ‘higher rates of JSA’.

Byrne’s move follows Ed Balls’s intervention yesterday when he told The Andrew Marr Show that Labour would in fact borrow more in 2015/16. 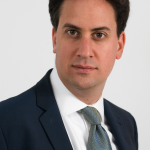 “On Saturday Ed Miliband called for spending ‘discipline’ and promised not to borrow more. The next day Ed Balls then said Labour would actually borrow more. And now they're calling for more spending and borrowing on benefits – while cutting pensions.

“It’s clear that Ed Miliband is too weak to stick to his promises – he's opposed Â£83 billion of welfare savings and he's buckling under pressure. It's the same old Labour approach of more spending, more borrowing and more debt. And hardworking people would pay the price with higher interest rates and higher bills.”